This year’s 51st issue of Kodansha’s Weekly Shonen Magazine announced on Wednesday that the Ace of Diamond The Live stage play will receive a sequel in March 2016.

The Ace of Diamond The Live play ran from August 1 to August 9 at the Zepp Blue Theater in Roppongi. Pony Canyon released the performance on DVD on Wednesday. 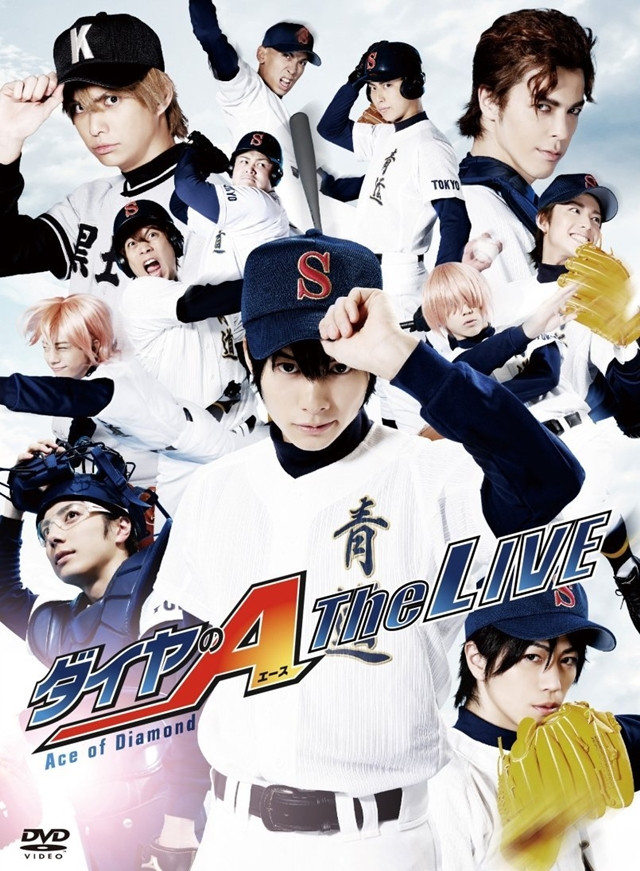 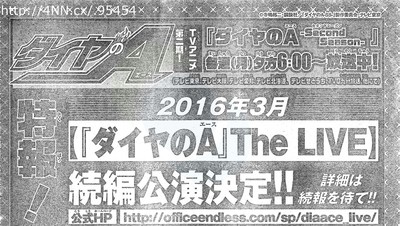 Ace of Diamond is an ongoing anime adaptation of the popular sport’s manga by Yuji Terajima.

Crunchyroll’s synopsis of the series is as follows:

I want to pitch to that mitt again… A meeting with catcher Kazuya Miyuki changed the 15-year-old Eijun Sawamura’s life. He said goodbye to all his friends and knocked upon the door of Seidou, a prestigious baseball school, intent on testing his own strength. There, he met many proud baseball players who were betting everything on the sport! A classic tale, yet new and fresh. All the emotion and excitement of the popular baseball manga is at last coming to television in the form of an anime!