The official website of the anime adaptation of Kozue Amano’s Aria manga series has revealed a new key visual for the Aria the Avvenire anime. In addition, two new cast members have been revealed alongside a series of new trailers. 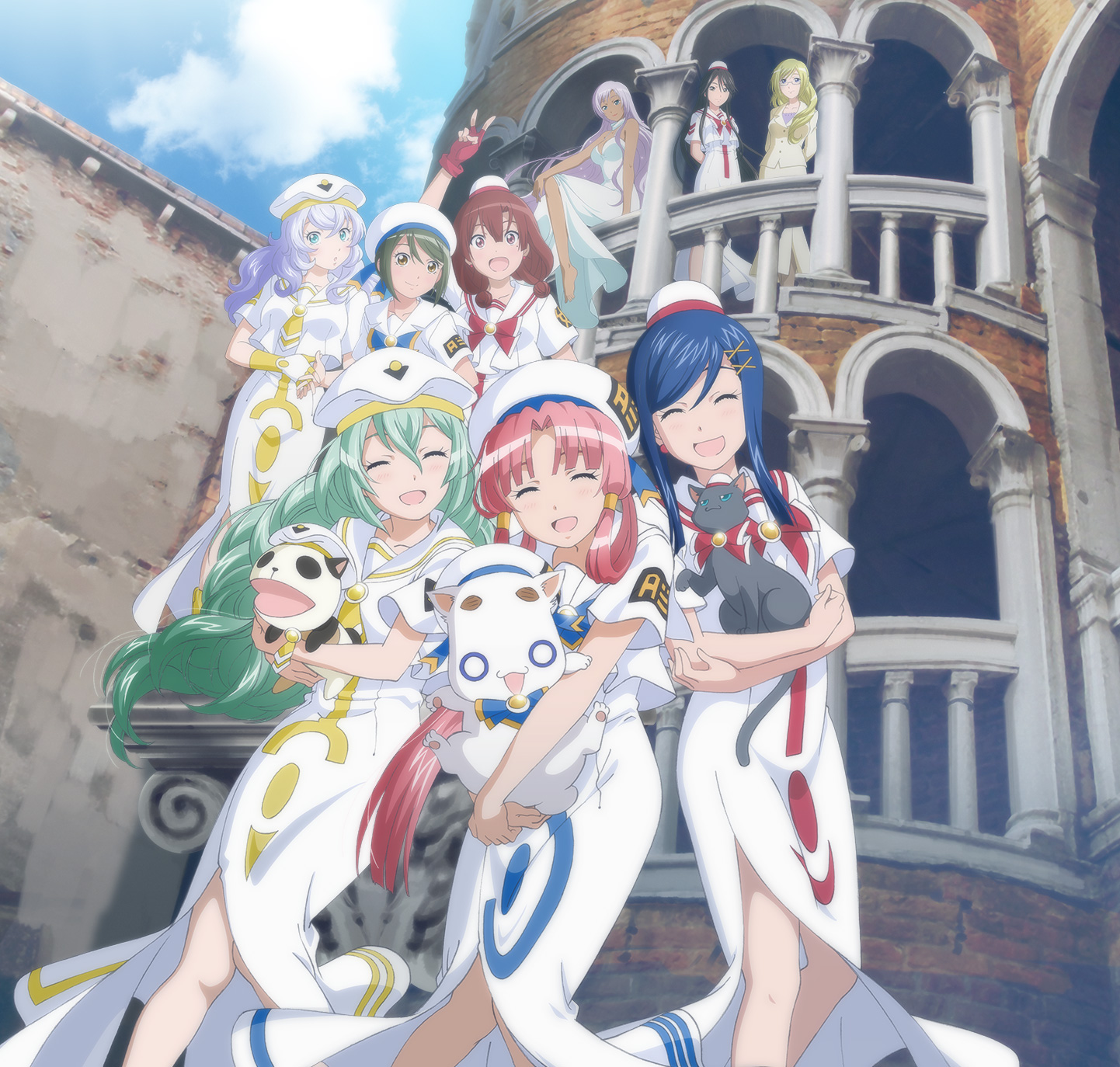 Two new cast members have been revealed that will be debuting in the upcoming anime. They include: 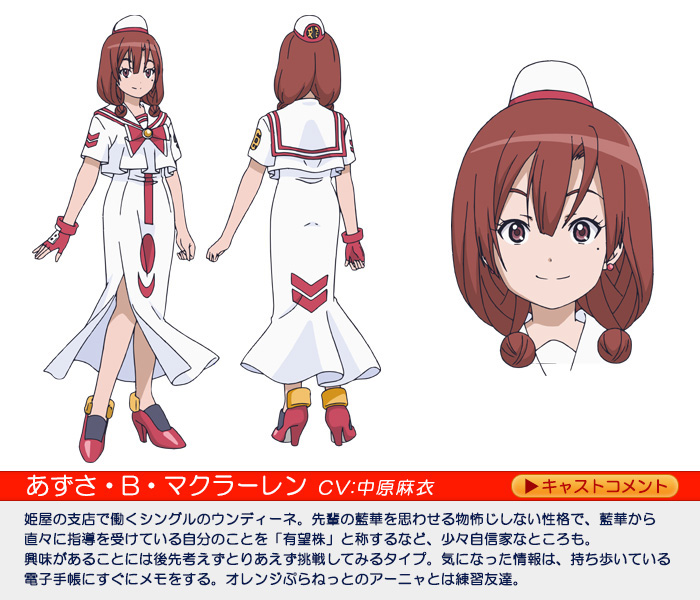 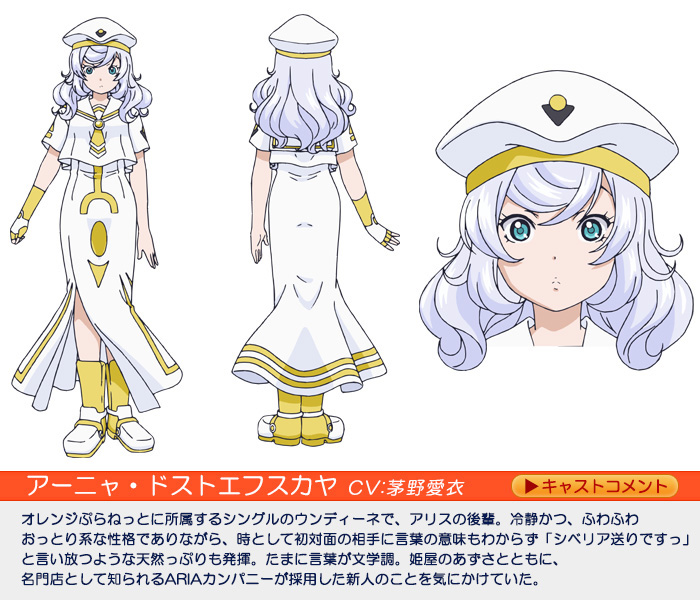 They will join the main cast of the anime, which consists of returning characters and voice actresses from the previous anime: 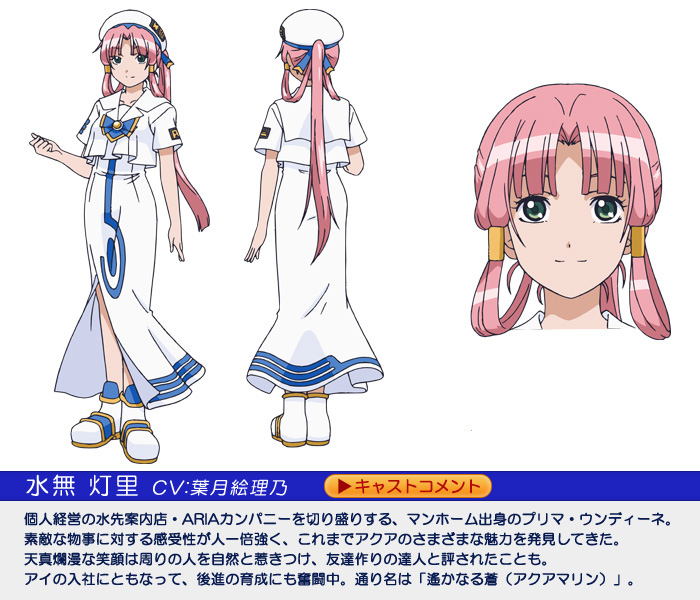 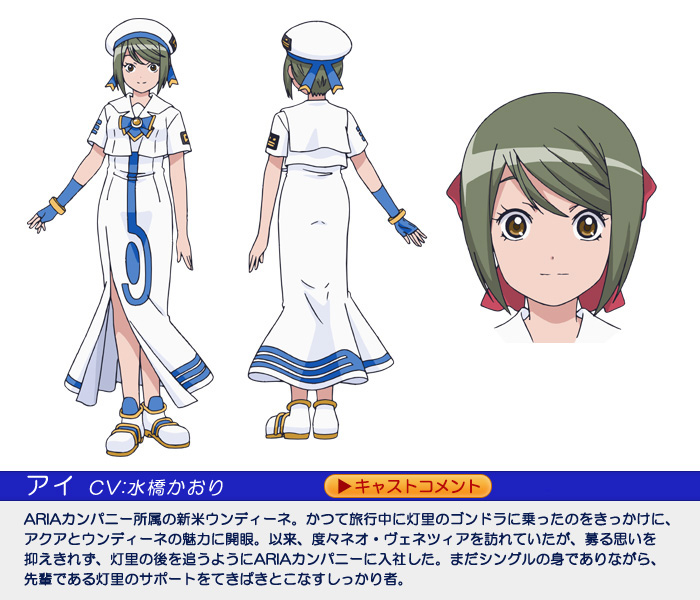 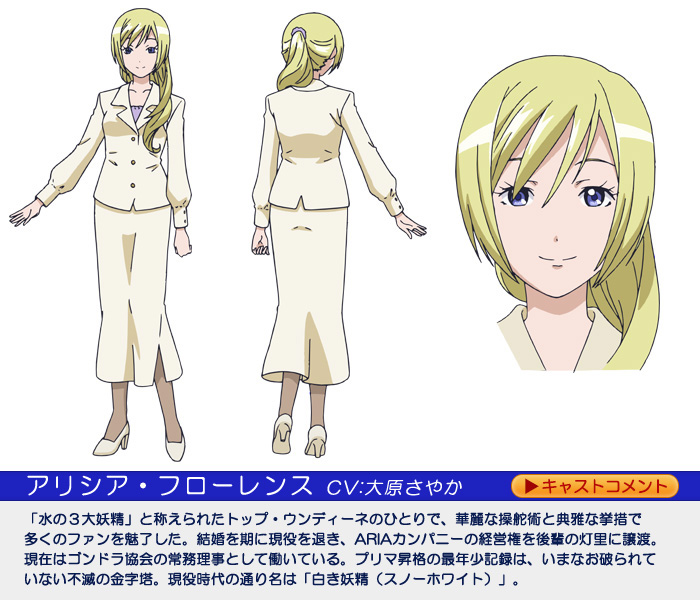 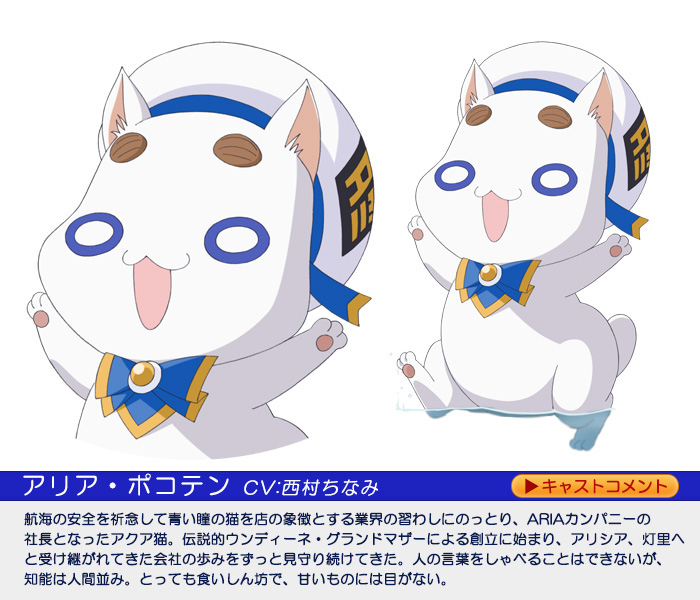 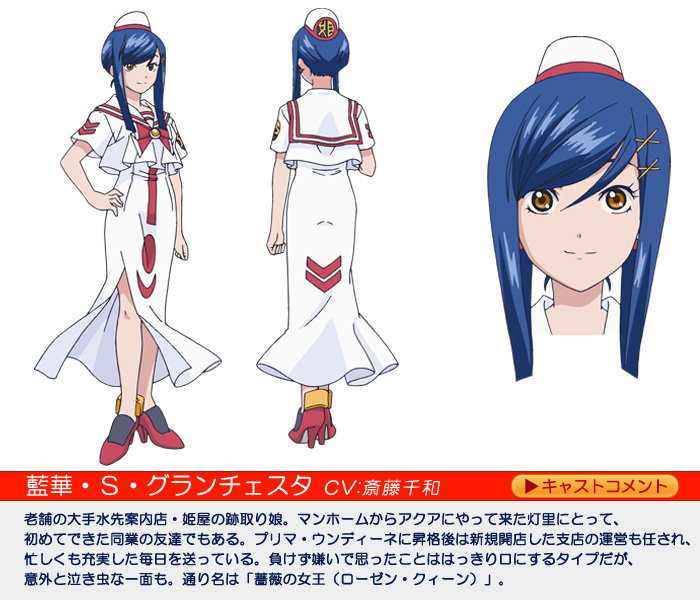 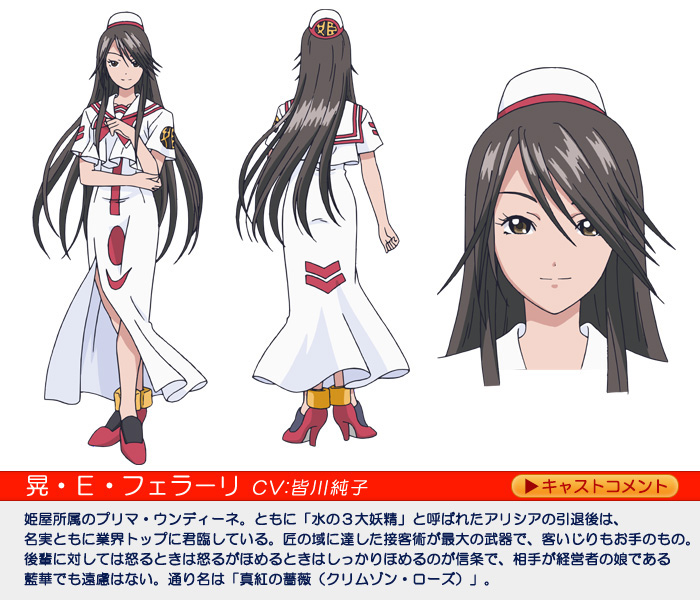 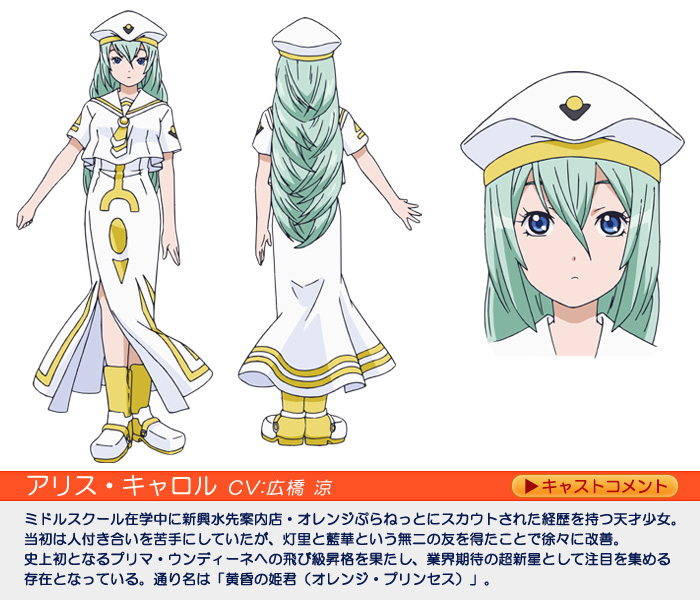 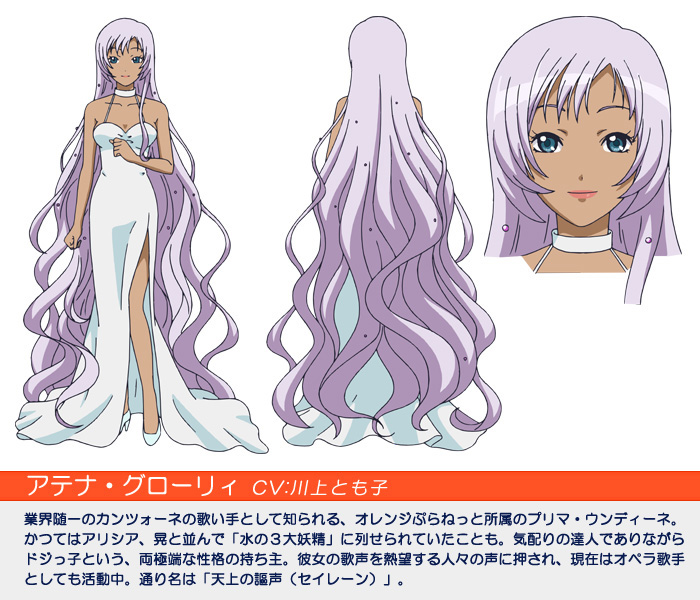 Two new trailers have been revealed for the Aria the Avvenire. Here is a minute half long trailer that reintroduces the main characters of the anime and also introduces the new characters. The trailer also previews the Ending theme, Piacere by Shiena Nishizawa.

The second trailer is a 30 second version of the above:

Here is the first promotional video, which previews some of the music composed by Choro Club and Takeshi Senoo:

On the planet Aqua, a world once known as Mars, Akari Mizunashi has just made her home in the town of Neo-VENEZIA, a futuristic imitation of the ancient city of Venice. The technology of “Man Home” (formerly Earth) has not entirely reached this planet, and Akari is alone, having no contact with family or friends. Nonetheless, the town, with its charming labyrinths of rivers and canals, becomes Akari’s new infatuation, along with the dream of becoming a full-fledged gondolier. Reverting to a more “primitive” lifestyle and pursuing a new trade, the character of Akari becomes both adventurous and heartwarming all at once. 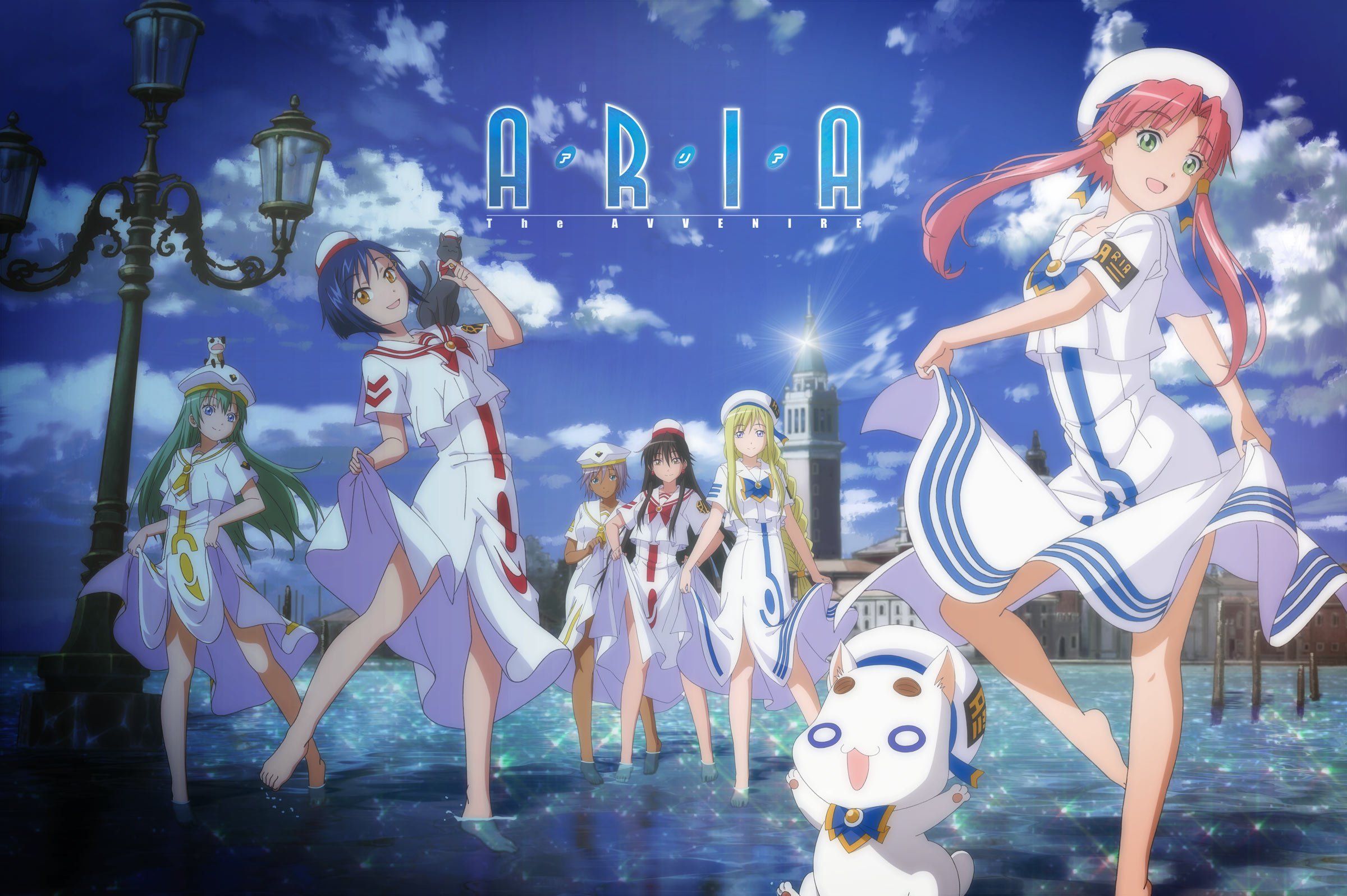 The first episode of Aria the Avvenire will be shown in Japanese cinemas from September 26. The anime is currently scheduled for 3 episodes in total; the release dates of the two episodes will be revealed soon.