A new visual for the highly anticipated second season of Yusei Matsui’s Shonen Jump hit Assassination Classroom (Ansatsu Kyoushitsu) TV anime has been revealed in the February 2016 issue of Animedia. The illistration is by key animator Nozomi Kawano. This issue can be purchased here (get 5% off with coupon code MOE-N3Y-4YW0QK). 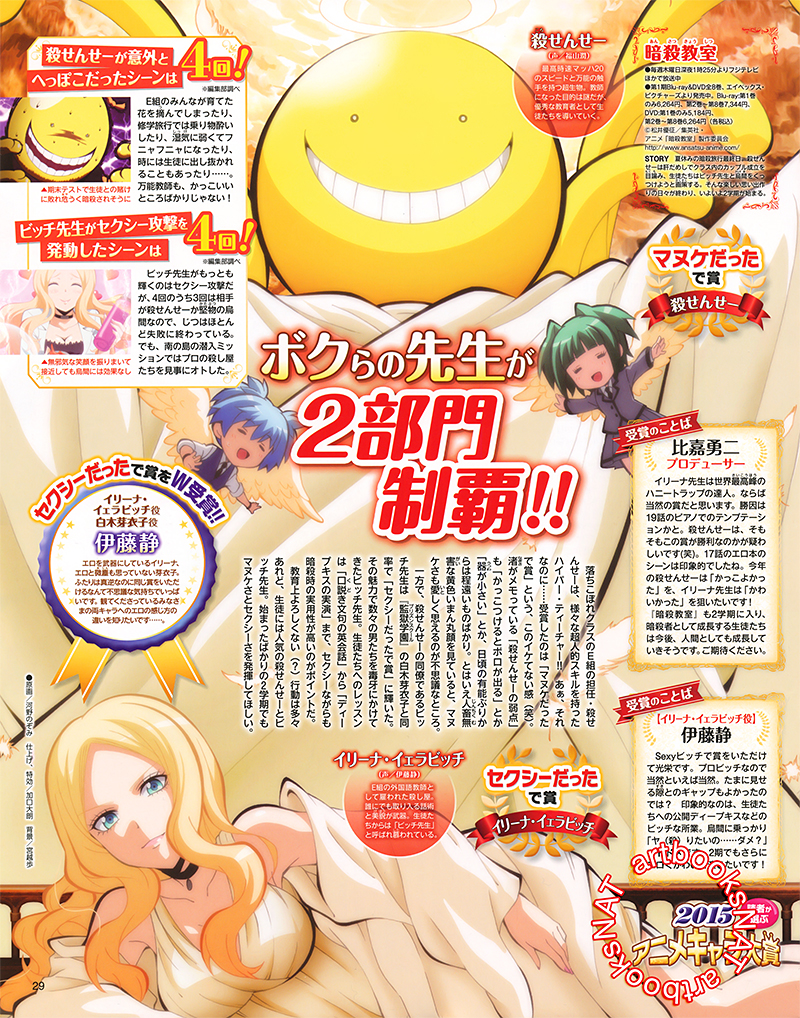 Here’s the most recent promo video:

In addition to this, official website of the Anime Japan 2016 convention listed the series to have a total of 25 episodes.

The official website also unveiled a snowy visual of the second season: