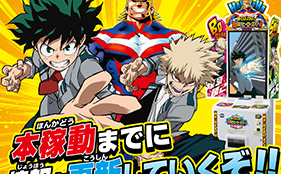 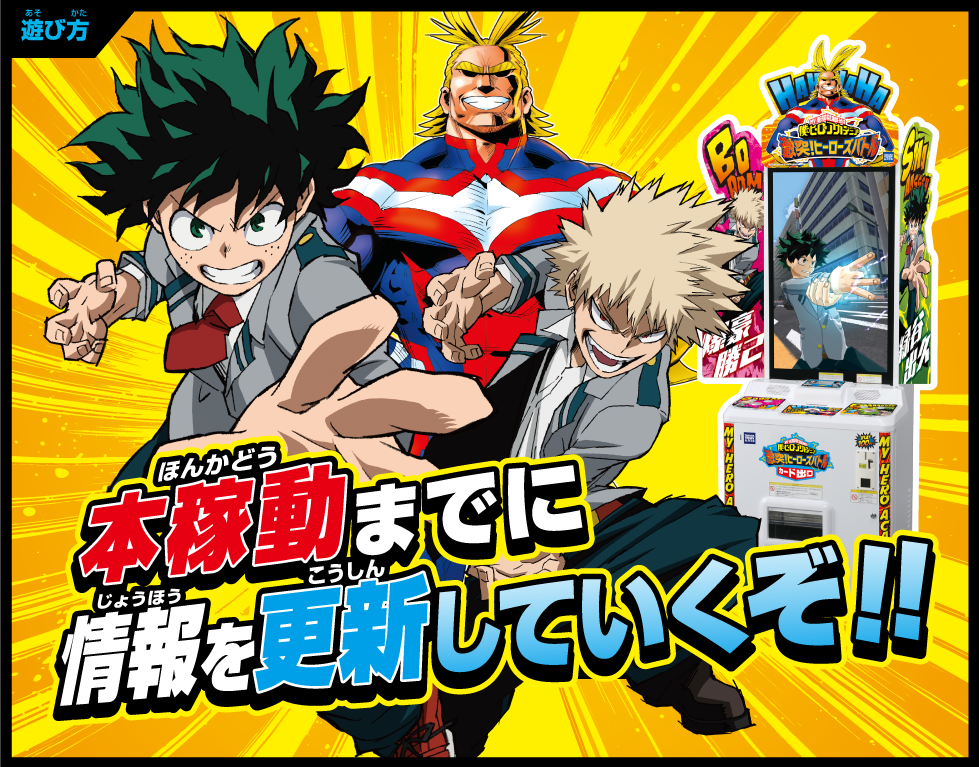 Takara Tomy Arts will be developing the Boku no Hero Academia arcade game. In the game, players will be able to make three-person teams made up their favorite characters from the series. Players can collect hero cards and use them for battle. Each play on the game will cost 100 yen ($0.85 USD). Confirmed playable characters include Izuku Midoriya, Katsuki Bakugou, and Ochako Uraraka. 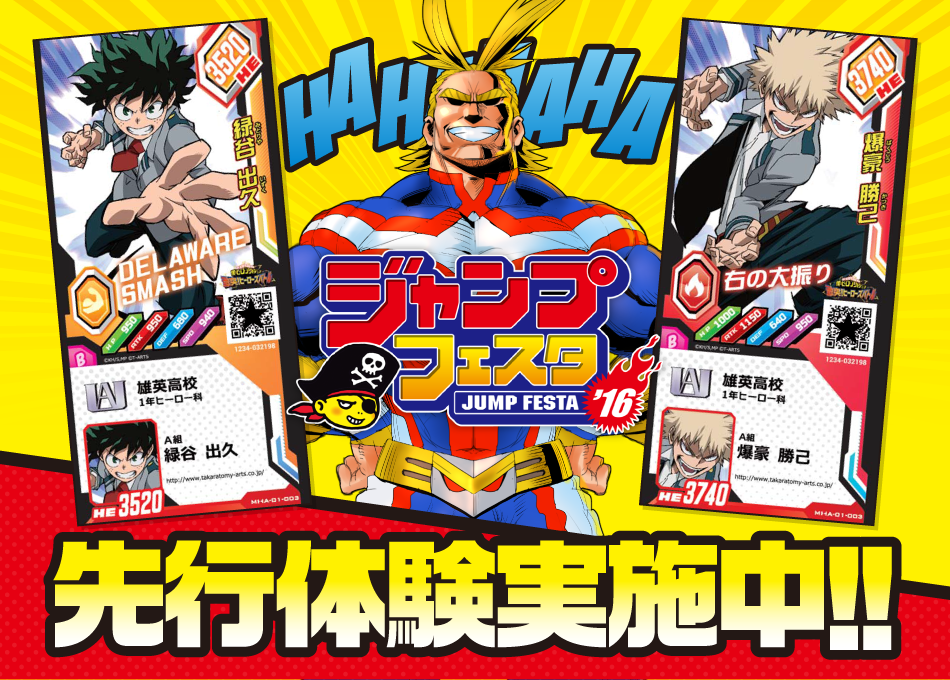 The card game also has an accompanying smartphone app for Android and iOS devices that is available now.