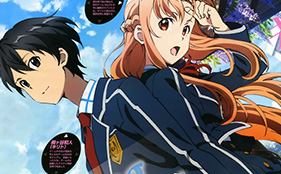 The Chinese government has started to crackdown on the distribution of foreign media and now anime and manga are the next target. The Chinese Ministry of Culture announced last month that it has blacklisted 38 Japanese anime and manga titles from distribution in China, online or in print. They also stated that websites and book distributors will be fined and may lose licenses if found in distribution.

The newly banned anime and manga titles include:

The list is the result of evaluations by investigators, reviews by the ministry and the opinions of experts. It aims to guide websites in the proper review and importation of comics and animations.

Liu Qiang also stated that more titles will be added to the list.

As of April 1, new regulations in China require video websites to seek approval to stream foreign media. At the time, the ministry began blacklisting titles that “include scenes of violence, pornography, terrorism and crimes against public morality.” Websites hosting this content were put under investigation.

According to the Ministry, 29 Chinese websites have now been fined and given warnings to remove the material or else risk losing their business licenses. These websites include Baidu Inc’s iQiyi, Sohu.com Inc., Tencent, Leshi Internet Information & Technology Corp Beijing (LeTV), and Youku Tudou. In addition, eight websites were shut down for hosting content without license.