The TV anime adaptation of Rin Asano’s Deaimon manga series is currently airing and the Original Soundtrack is scheduled to be released on June 22, 2022. It will contain 44 background and insert songs from the anime.

The music was produced by Ren Takada, a talented string instrumentalist who has composed music for numerous films, dramas, stage shows, and commercials. At the 59th Japan Record Awards, he received an excellence award for his 2017 album Night Riders Blues.

In addition to BGM tracks, the album will also include insert songs such as “Joyo Manju no Uta,” which is sung by protagonist Nagomu Irino (played by Nobunaga Shimazaki), and “Yae ni Saku,” which was written and composed by Ayano Tsuji and sung by Mitsuru Horikawa (played by Minori Suzuki). The CD cover will feature an illustration by the original manga author Rin Asano.

Born in 1973 as the eldest son of Japanese folk singer Wataru Takada. He made his solo debut in 2002 with the album LULLABY and has released seven original albums to date. In addition to creating his music, he also produces and arranges music for other artists and has worked on the soundtracks of numerous films, dramas, stage shows, and commercials. Apart from the guitar, he can also play the ukulele, banjo, mandolin, and a variety of other string instruments. In 2015, he released an album titled Coffee Blues ～Takada Wataru wo Utau～ as a tribute to his father on the tenth anniversary of his passing. In 2017, he released Night Riders Blues, which won an excellence award at the 59th Japan Record Awards. His latest album FRESH was released in March 2019.

Deaimon is a Japanese manga series by Rin Asano and it focuses on a story of bonding through wagashi (Japanese sweets) set in an old confectionary store in Kyoto. It has been serialized in Kadokawa Shoten’s seinen manga magazine Young Ace since May 2016 and has been collected in thirteen tankobon volumes. An anime television series adaptation by Encourage Films premiered in April 2022.

Nagomu Irino returns to his Kyoto home for the first time in ten years when his father is hospitalized. Nagomu is eager to take over Ryokushou, the family’s Japanese sweet shop, but he’s instead asked to be a father figure to Itsuka Yukihira, the girl everyone calls the successor. 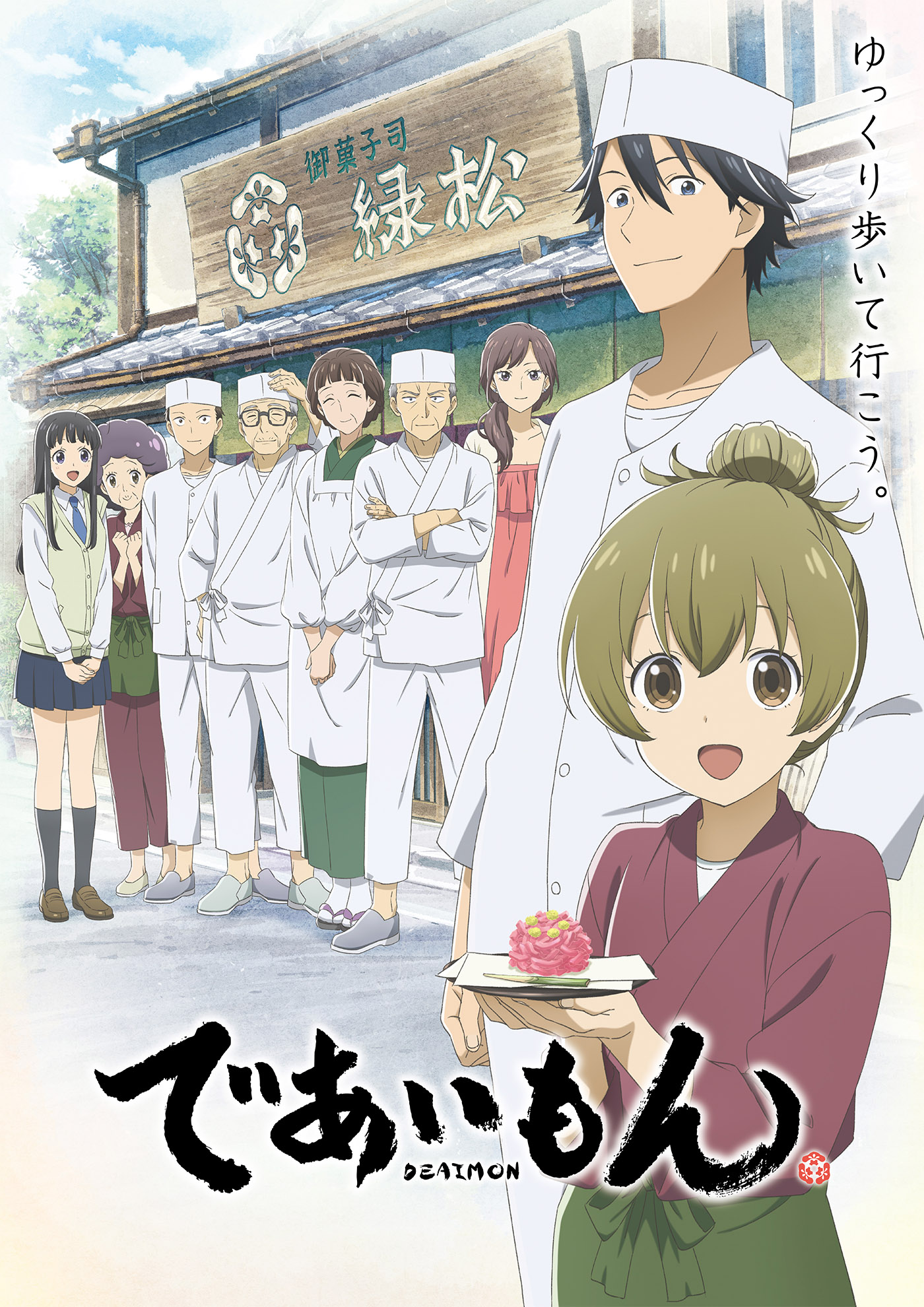