A new website was launched for the 10th anniversary of Tsugumi Ohba’s manga Death Note, earlier this month. Now, a timer has appeared on the site counting down to March 3rd (actually 12:00am on March 2nd), where the new project will be announced. 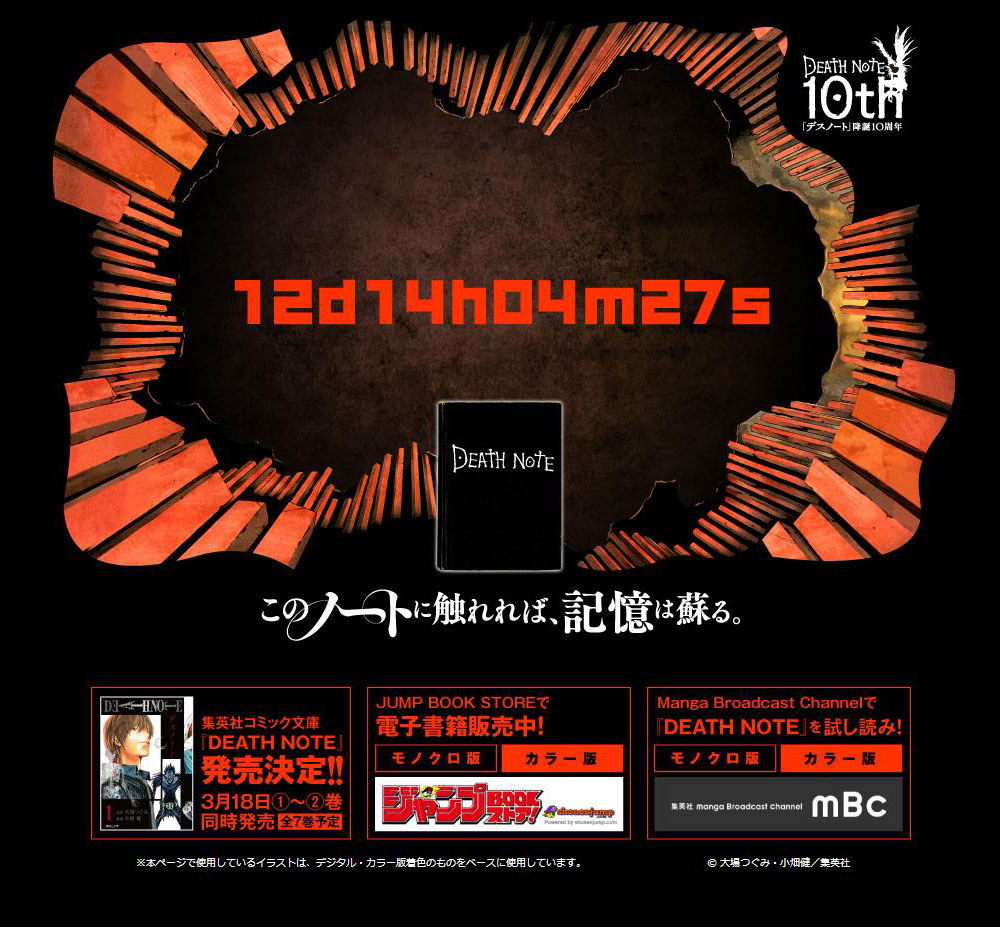 The new update to the site also includes an image of the Death Note book itself, and when hovered on it shows the shinigami Ryuk. The site also displays ads at the bottom of the screen for a possible new edition of the manga, which will be launching in Japan on March 18th. The ad links to the Shueisha manga site, the company that published the Death Note manga. There is no special code activated when the site hits March 3rd, except an image of the countdown showing 00d 00h 00m. 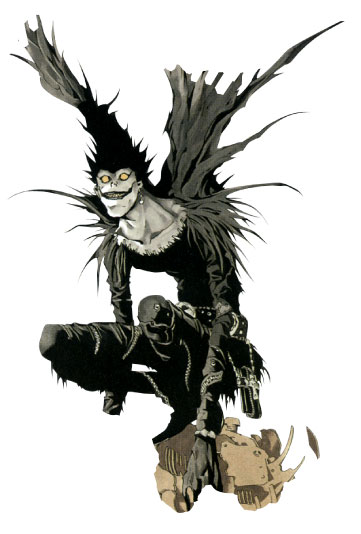 Death Note started off as a manga by Tsugumi Ohba and Takeshi Obata. The manga was first published in December 2003 and ended in mid 2006 for a total of 12 volumes. After the completion of the manga, Death Note has sold a total of 20 million copies in Japan alone and a total of 26 million copies to date. The series was popular enough to receive an anime adaptation by the studio Madhouse, which went on from late 2006 to mid 2007. Since then, the series exploded in popularity in Japan and overseas. Three films were produced; two based on the original manga and a new spin-off movie titled L: Change the World. A series of video games were also produced by Konami for the Nintendo DS. Two light novels were also produced for the series, one based on the manga and the other based on the spin-off film. And of course, Hollywood has an interest in the franchise.

While the countdown itself isn’t anything big, it confirms that March 3rd is something you should keep an eye out for. Do note that it will be revealed at 12am on Japanese time.

You can check out the site for yourself: http://www.j-deathnote.com/