A new visual for the Destroyer Division 6 (Akatsuki, Hibiki, Ikazuchi, and Inazuma) from the Kantai Collection TV anime has been featured in the September issue of NewType as a poster. You can purchase this NewType magazine issue here. 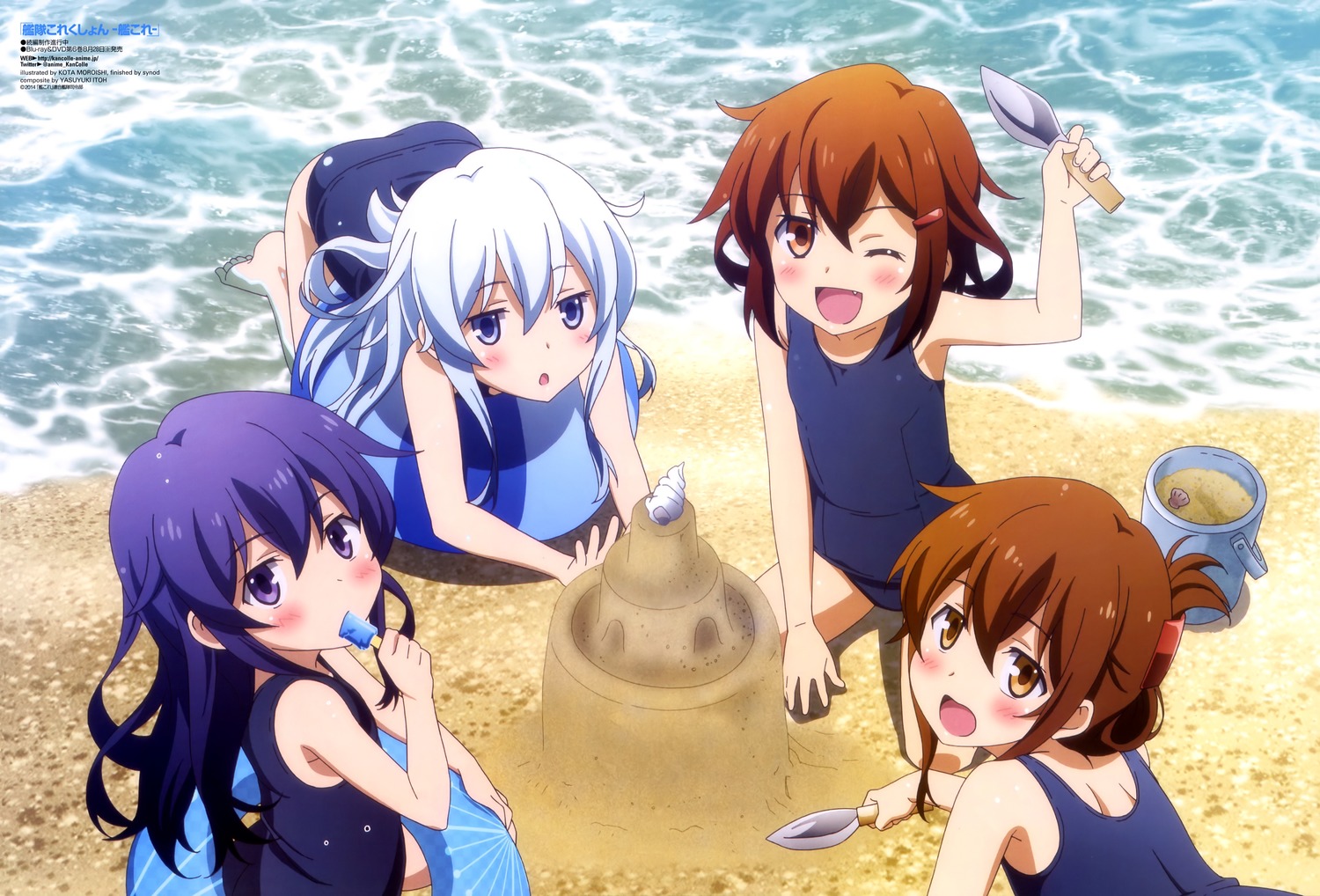 In addition to this, it was recently revealed that the Kantai Collection franchise will receive an anime film in 2016. The event screened footage that features the Kan-musume characters Fubuki, Mutsuki, Yuudachi, Akagi and Kaga, Hiryuu Kaini and Souryuu Kaini, the four Kongou sisters (Kaini), Kitakami and Ooi, Chokai Kaini, Yubari, Mutsu and Nagato, Kako Kaini and Furutaka Kaini, Zuikaku and Shoukaku, Shimakaze, Kuma, and Ooyodo.

In addition to this, the Kantai Collection Staff’s Twitter updated with a new visual: