The official website for Digimon Adventure 15th Anniversary project has released a brand new image revealing that the upcoming anime will be set approximately 6 years after the original series, where main character Taichi “Tai” Kamiya will be 17 years old and in High School. 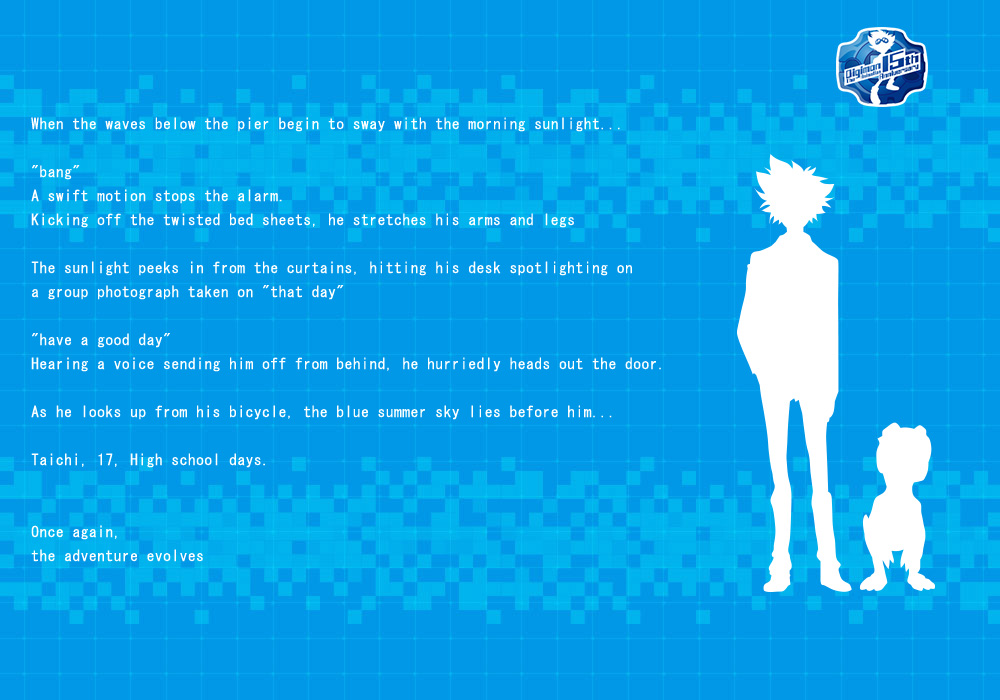 The original Digimon Adventure anime, that aired in 1999, featured Tai as an 11 year old Elementary School student. Tai also appears in the anime’s sequel, Digimon Adventures 02, where he is 14 years old, in Junior High School. The newly announced anime will be produced by Toei Animation (Sailor Moon Crystal, One Piece). The series will follow 17 year old Taichi “Tai” Kamiya who is currently in high school with Agumon. The series will be a brand new story and adventure and will be set after Digimon Adventure 02. Toei Animation released the first teaser video about the new series:

In addition to this reveal, the official Twitter account for the 15th Anniversary Digimon Adventure anime has released a few teaser images for the upcoming Blu-ray box set of the entire first series. The images themselves are from the first commercial for the box set, which has not been released online so far. The box set itself will contain all 54 episodes fully remastered in 1080i resolution. The box set will release next year on March 3rd and will cost ¥54,800 (~ $548.00 USD).

The upcoming Digimon Adventure anime will be airing during the Spring 2015 anime season. Further information about the series will be released soon.

So what do you think about Tai being in High School? What about Tai’s new design? Let us know in the comments below.