The official Twitter account for the upcoming anime adaptation of Kohske’s Gangsta. announced that the upcoming series will be a full TV anime series airing from July 2015 in the Summer 2015 anime season. It was also revealed that the anime will be produced by Manglobe (Samurai Champloo, The World God Only Knows).

The anime’s production staff were also revealed in the Tweet and includes: 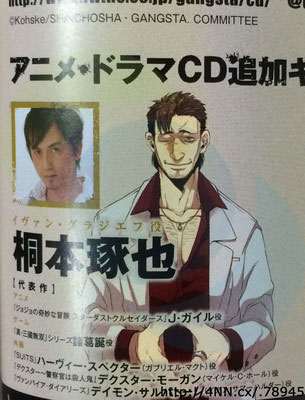 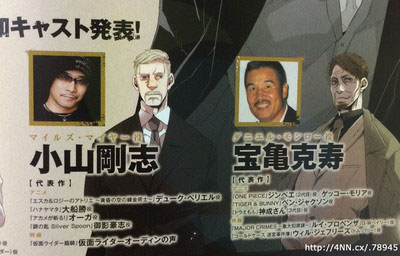 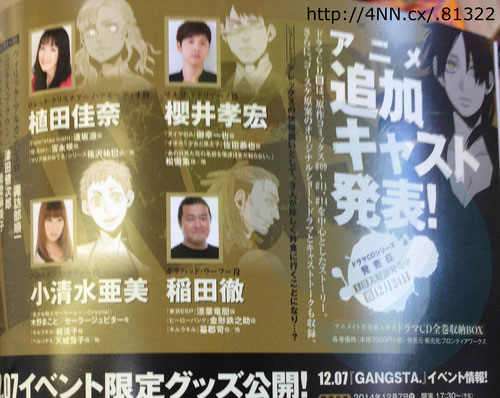 The site itself has revealed that a total of 3 drama CDs have been produced and are currently available for ¥3,000 (~ $30.00 USD) each. An event about the CDs will be held on the 7th of November at the Shinjuku Milano cinema in Tokyo, where the main cast of the series will make an appearance.

Gangsta. is a manga series written and illustrated by Kohske. It began serialization in 2010 in Shinchosha’s Comic @ Bunch magazine where to date a total of 6 compiled volumes have been released. It is Kohske’s first series, after publishing two short stories. His second manga series, DOODLE, began publication last year. The series received a drama CD adaptation that was released with the 6th volume in June. 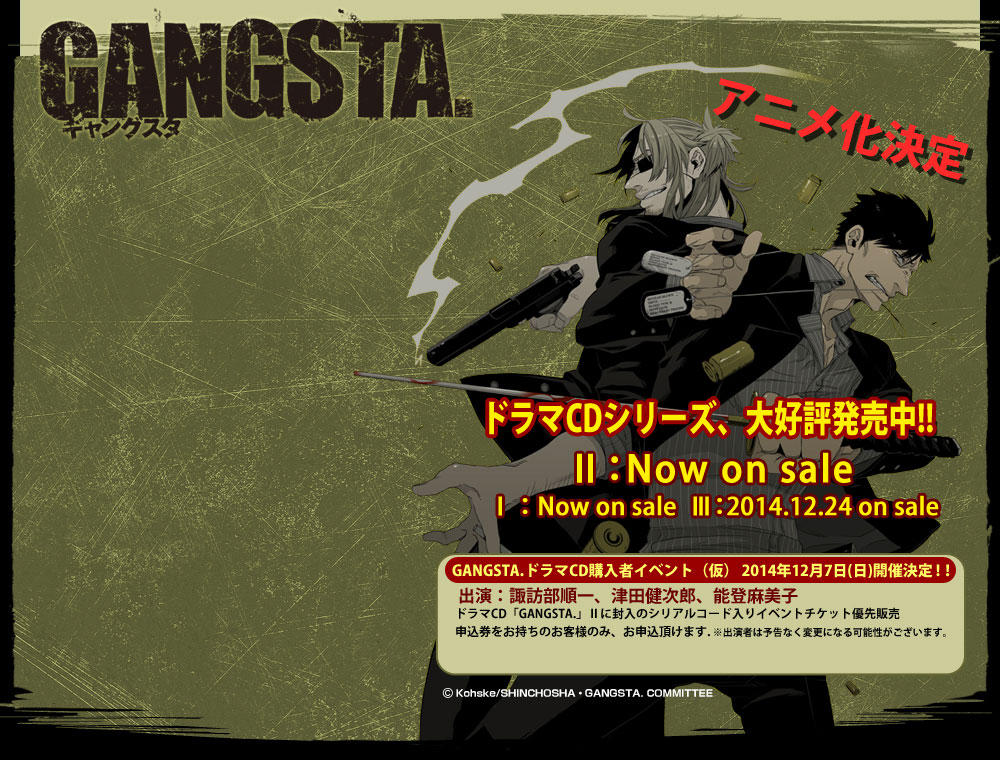 The Gangsta. anime will be airing from July next year during the Summer 2015 anime season. It will be a full TV series and additional information about the anime will be revealed soon.