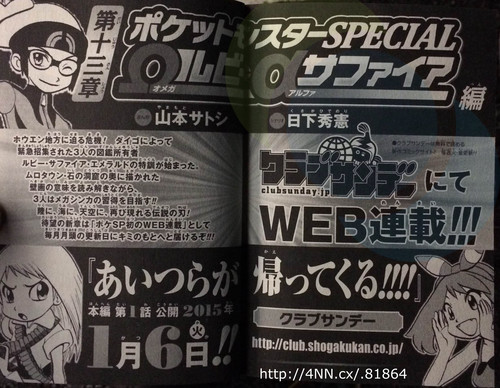 The volume lists the story of the new arc as:

A danger that approaches on the Hoenn region! The three Pokédex-holders- Ruby, Sapphire, and Emerald- are called by champion Daigo (Steven Stone) in order to gather together and begin special training. While they try and solve the mystery behind the mural in the caves in Muro Town (Dewford Town), the three aim to to learn the way to Mega Evolve their Pokémon! The legendary blade once again appears on the land, in the sea, and in the sky.

Pokémon Adventures, also known as Pokémon Specials or Pocket Monsters Special in Japan, is a Japanese manga series published by Shogakukan on March 1997. The story arcs for the series is based on the Pokémon video games which was released by Nintendo. Since it was based on a video game, they have to play it before writing the arc, which makes the publication slower. The manga was written by Hidenori Kusaka. Mato illustrated the series for the first nine volumes but due to a disease that led her hand to become weak, Satoshi Yamamoto took over the illustrating duty starting on the tenth volume. 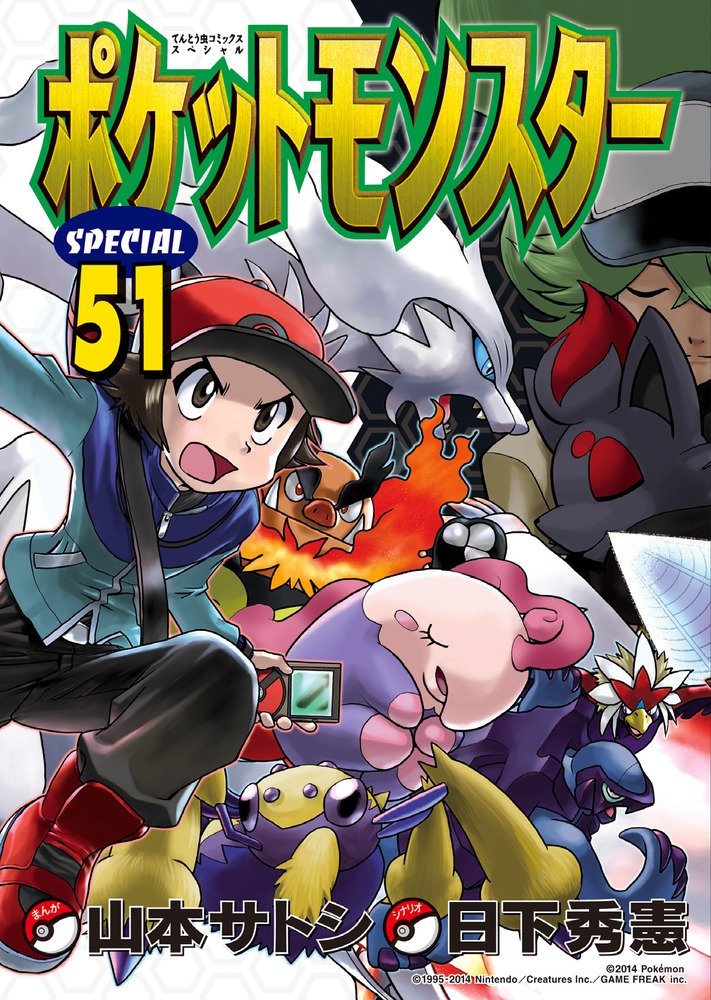 Last month, Nintendo released a remake from the Pokémon Ruby and Sapphire games for the Game Boy Advance, titled as Pokémon Omega Ruby and Pokémon Alpha Sapphire that is now playable for Nintendo 3DS. The role-playing game was developed by Game Freak and was directed by Shigeru Ohmori.

Synopsis of Pokemon Adventures from MAL:

Red is just a normal kid living in the rural Pallet Town, when he decides to go out on his own adventure, along with his rival since childhood, Green. In this world of Pokemon, he makes many friends, humans and Pokemon alike. However, all is not well. Team Rocket is trying to capture Mew, a very rare Pokemon, and is performing experiments on other Pokemon, trying to increase their power. Red and his friends must battle against Team Rocket to stop their cruel experiments and unlock the secrets of Pokemon.