The official website for the upcoming second season TV anime adaptation of Yanai Tagami’s light novel series Gate: Jieitai Kanochi nite, Kaku Tatakaeri (Gate: The Self-Defense Forces Fight Like This in Another Land) has updated with a new visual and revealed that it will air from January 8 on Tokyo MX. 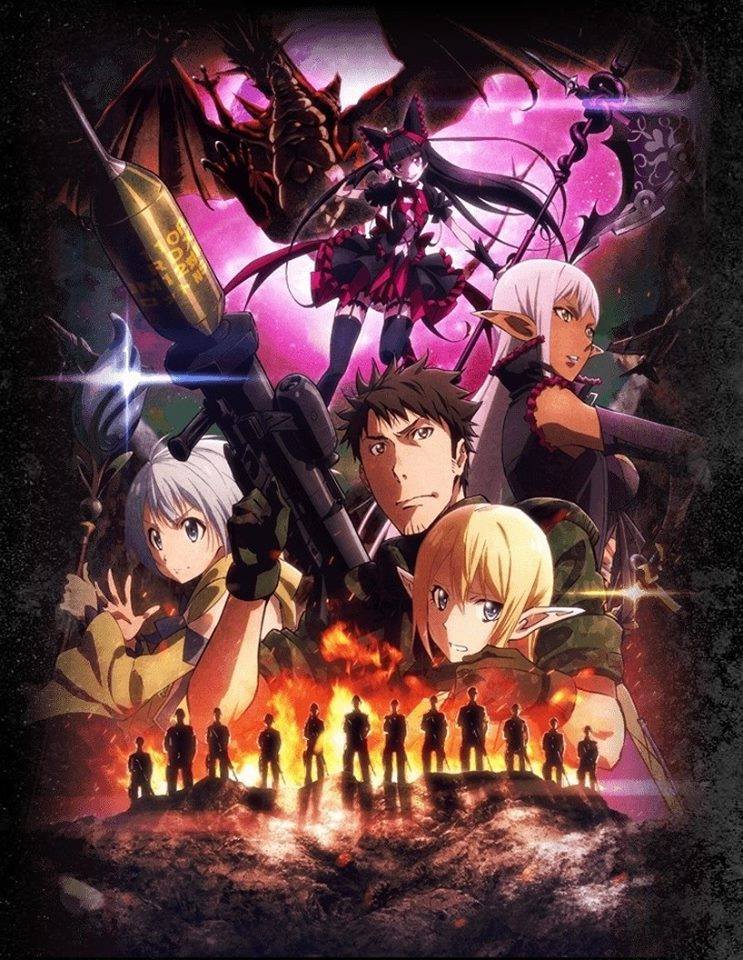 It was recently revealed that the theme song performers from the first season will return to perform the theme songs for the second season. Kishida Kyoudan & The Akeboshi Rockets (Highschool of the Dead, Strike the Blood) is performing the opening theme “GATE II ~Sekai o Koete~” and the three main female cast members – Nao Touyama (Lelei la Lelena), Hisako Kanemoto (Tuka Luna Marceau), and Risa Taneda (Rory Mercury), will perform the ending theme.