It has been revealed in a recent issue of Shueisha’s Weekly Shonen Jump magazine that a live action film adaptation of Hideaki Sorachi’s Gintama manga is in production for a 2017 release. 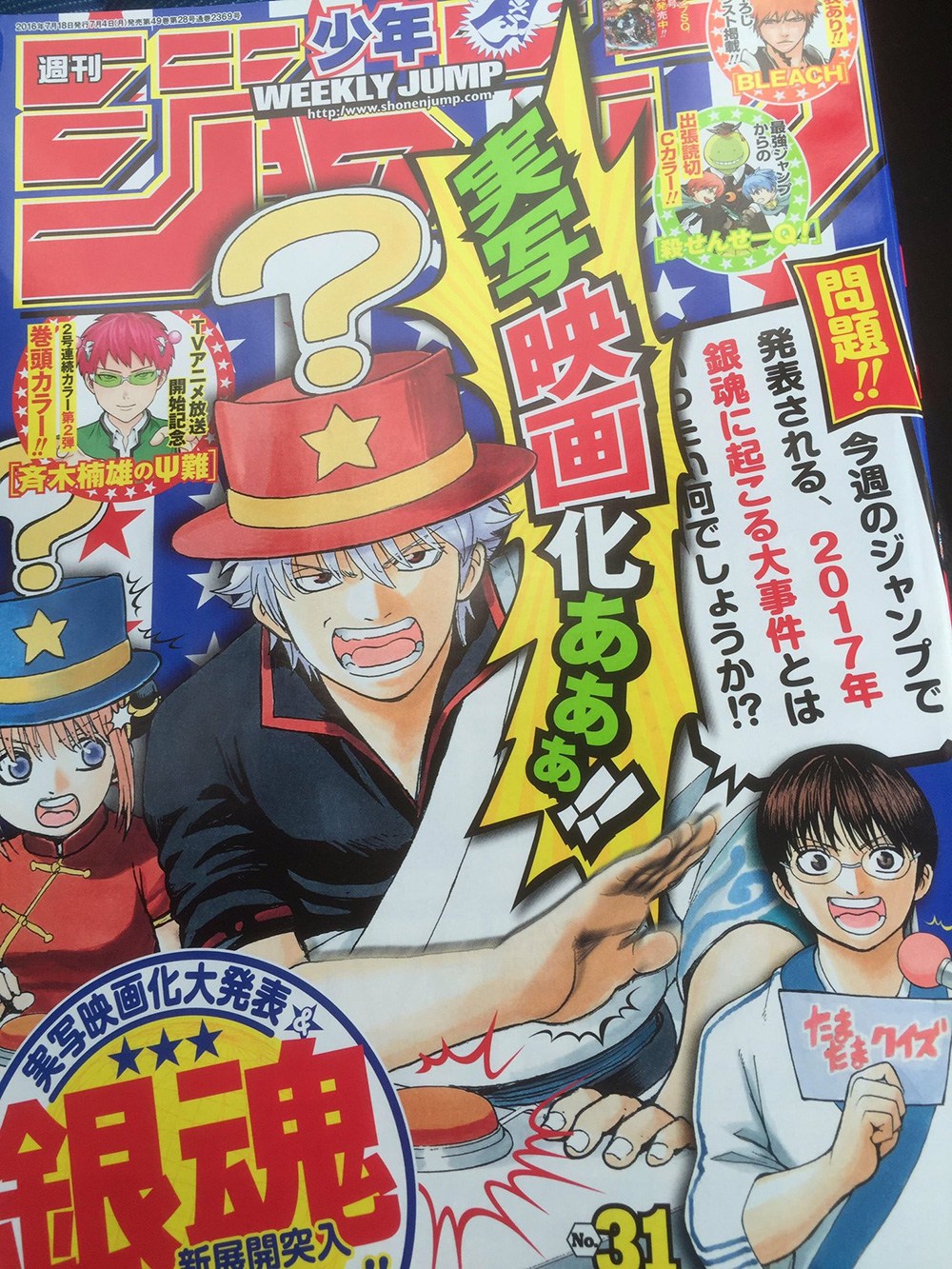 In Japan, the Gintama manga has been popular, selling over 46 million copies. The anime and its DVDs have been featured, at various time, in Top Ten of their respective media, while TV Tokyo has announced that the firstGintamaanime was responsible for high sales overseas along with the anime adaptation from Naruto. Publications for manga, anime and others have commented on the Gintama manga. Positive response have focused on the comedy and characters from the series, while negative responses concern the manga’s artwork.