This year’s 34th issue of Shueisha’s Weekly Shonen Jump magazine will be announcing on Saturday that the Gintama anime will return for a one-episode special this November. This year’s Jump Special Anime Festa event tour will debut this “tearful episode.” Not much information about the upcoming special has been revealed but it does look like Gintoki Sakata and Sarutobi Ayame are doing a generic Mr. & Mrs. Smith pose, so it could be based around that type of theme. 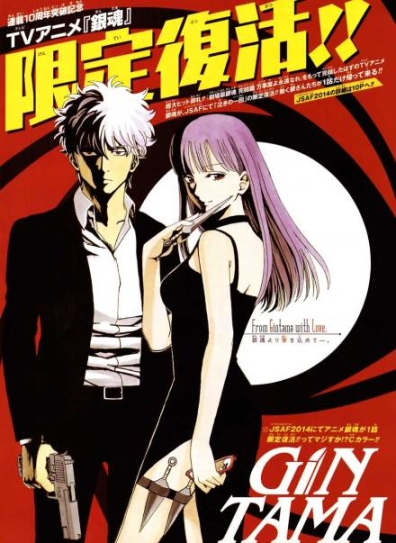