A new poster visual of the anime adaptation of Saki Hasemi and Kentaro Yabuki’s second season of the To LOVE-Ru Darkness anime, To LOVE-Ru Darkness 2nd, has been featured as a poster in the August issue of popular Japanese magazine NyanType. The new visual Golden Darkness and Mea Kurosaki in towels ready to take a nice soak. This issue of NyanType can be purchased here. 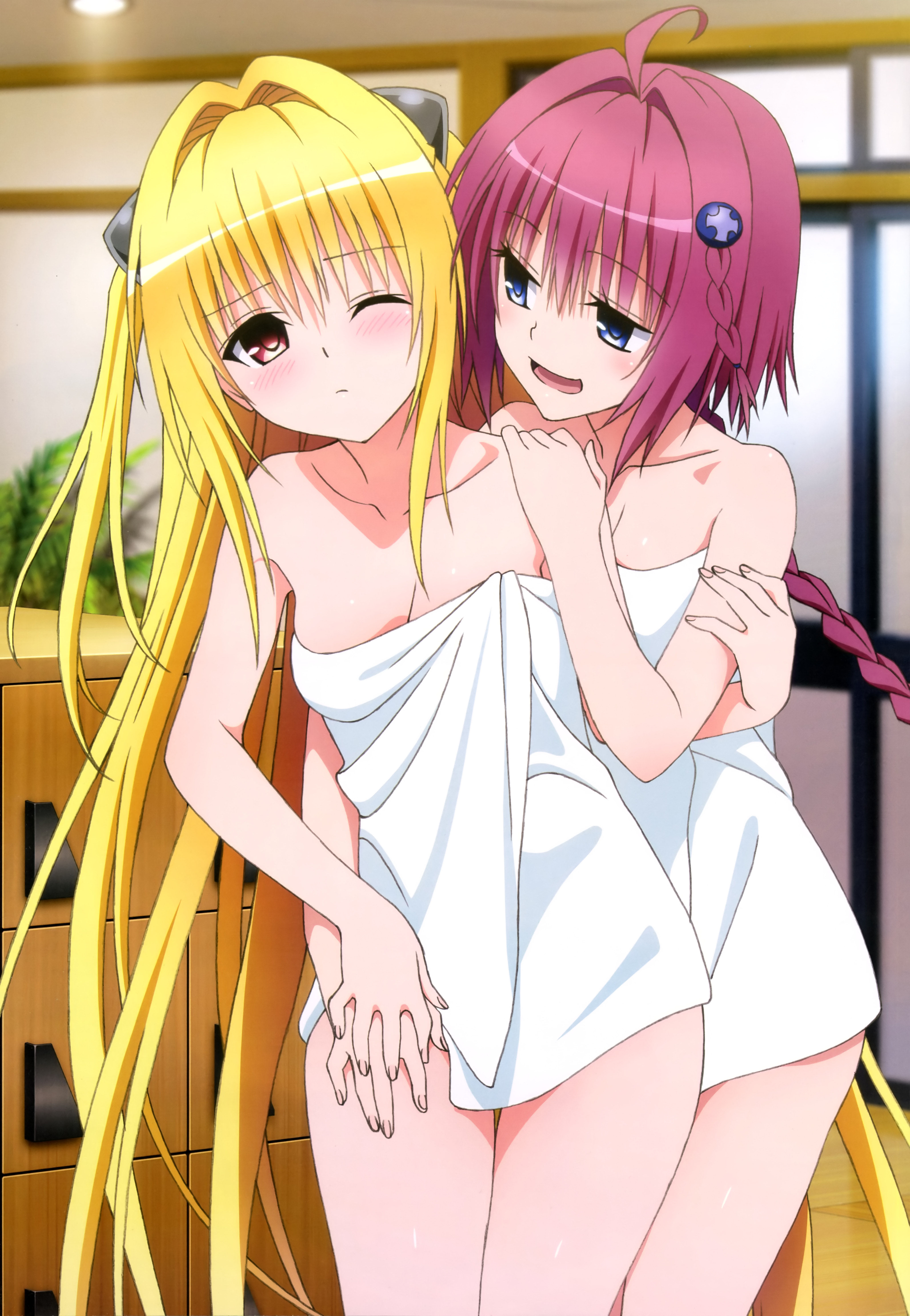 In addition to this, the official website of the anime adaptation of Saki Hasemi and Kentaro Yabuki’s To Love-Ru manga has revealed a brand new visual and promotional video for the second season of the To LOVE-Ru Darkness anime, To LOVE-Ru Darkness 2nd.

The first promotional video has been released for the anime, which focuses on Momo:

The first episode of To LOVE-Ru Darkness 2nd will air on Monday, July 7 at 12:30am JST on Tokyo MX. The anime will then air every week on Monday this Summer season.

To LOVE-Ru Darkness 2nd will be airing from July 7th on Tokyo MX at 12:30am JST, during the Summer 2015 anime season. Further information about the anime will be revealed in the next few weeks.