A new visual of Shouji Sato’s Triage X anime series has been featured as a poster in the August issue of popular Japanese magazine NyanType. The new visual features Sayo Hitsugi and Mikoto Kiba groping their plot devices. This issue of NyanType can be purchased here. 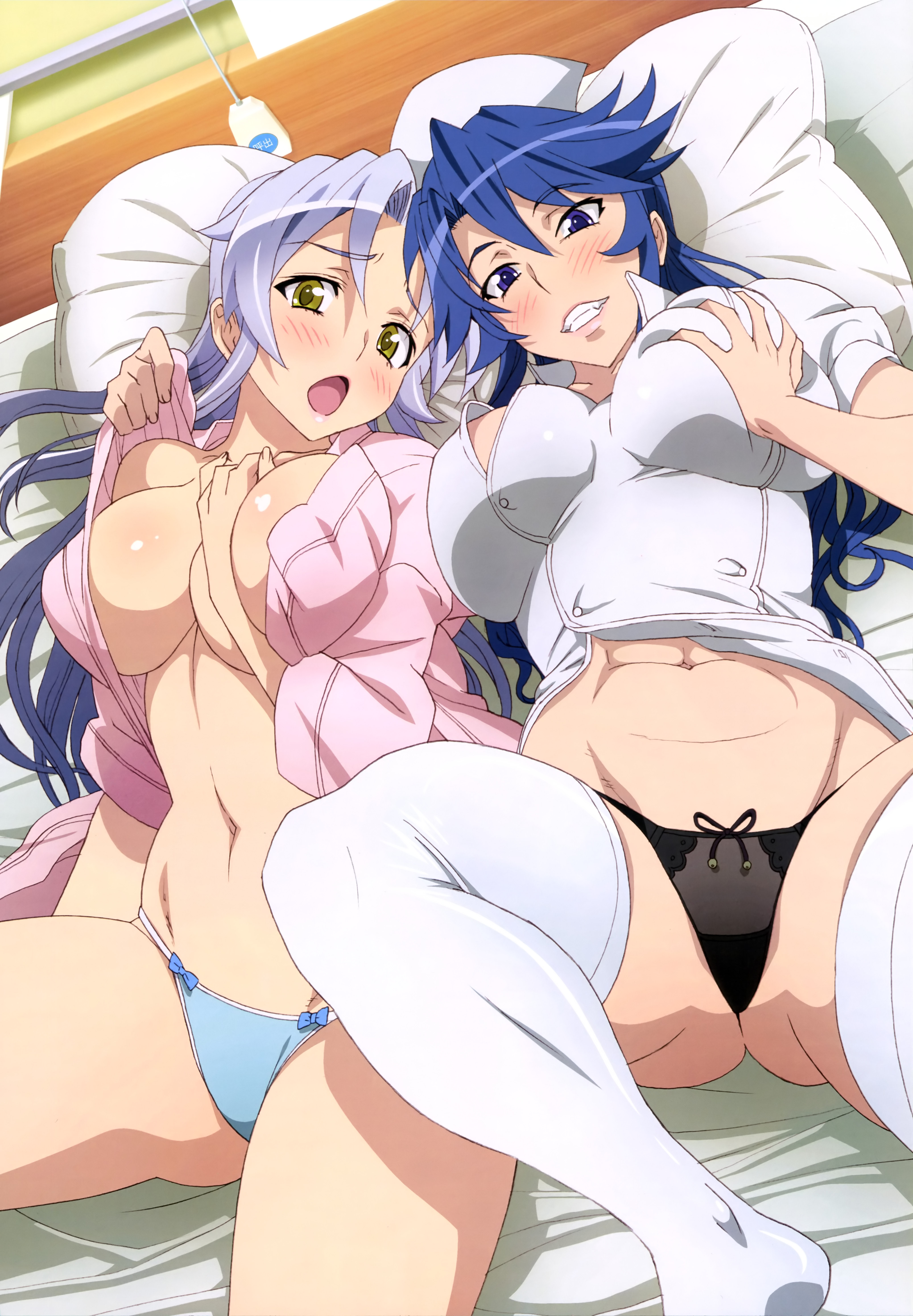 The June issue of Megami came with a new plot-heavy visual poster of Shouji Sato’s Triage X which featured Mikoto Kiba and Oriha Nashida displayed in their underwear while showing signs of excitement.

In the April issue of NyanType a visual was also featured: