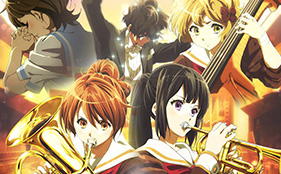 In addition to this, the official website recently revealed a brand new visual for the upcoming recap movie:

Here are the recent trailers: