On January 18th, 2015, voice actress and singer Iguchi Yuka’s official website announced that she would be performing the opening song for the upcoming Dungeon ni Deai wo Motomeru no wa Machigatteiru no Darou ka? (DanMachi for short) anime. The song will double as her unnamed and unreleased upcoming 4th single which will most likely be released between April 2015 and June 2015. The news was first released at her concert at the IMP Hall in Osaka last night.

Iguchi is most famous for her role in A Certain Magical Index and A Certain Scientific Railgun as Index, the small nun in training of the series. In February of 2013, she made her debut as a singer in her 1st single, named “Shining Star-☆-LOVE Letter,” that featured as the theme song of A Certain Magical Index the Movie: The Miracle of Endymion. Since then, she has released 2 more singles that have featured in generally popular anime and is planning to released her fourth single in the Spring of 2015. On July 9th, 2014, she released her first full album, titled “Hafa Adai.”

Dungeon ni Deai wo Motomeru no wa Machigatteiru no Darou ka? is a light novel series written by Oomori Fujin and illustrated by Yasuda Suzuhito. The first volume was published in January 2013 and SB Creative has released five more volumes since under their GA Bunko imprint. It has received a spin-off light novel series and three manga adaptations. An anime television series adaptation by J.C.Staff is scheduled to air from April 2015.The anime is produced by J.C.Staff and is part of the 10th anniversary project of the GA Bunko imprint. 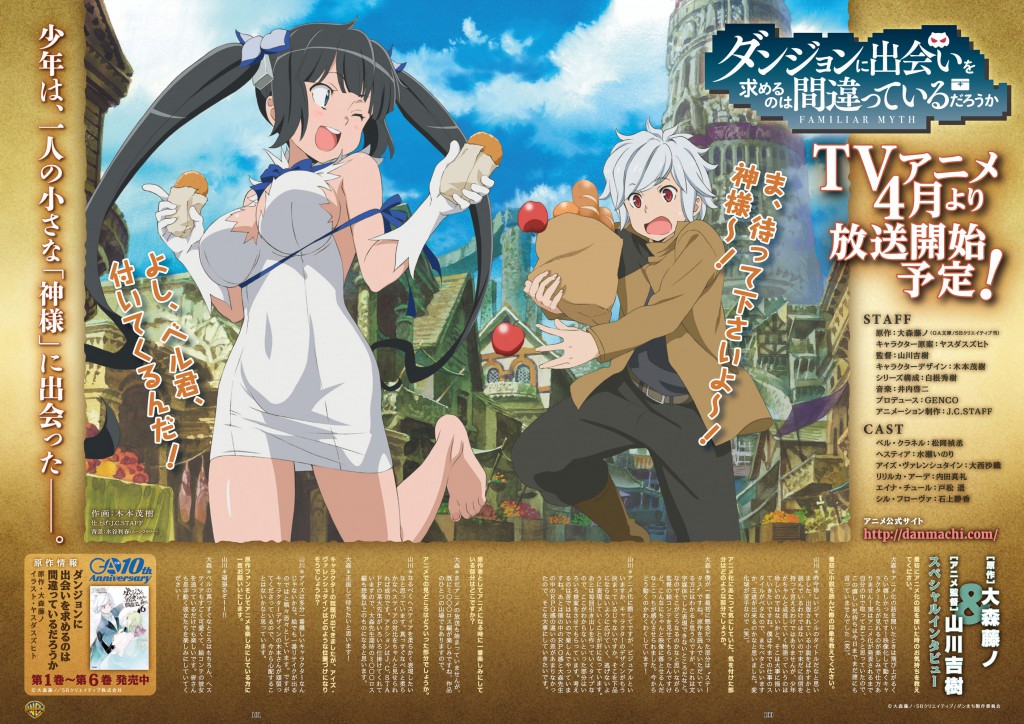