The first thing one would notice when watching the OP is “Wow, those are some oversized… eyes”. For some reason, even by anime standards each character’s eyes look a bit eerie! But that’s clearly not the focal point of the show. Jitsu Wa Watashi Wa is bound to be a fun (if not slightly ecchi) harem anime, and the OP promises just that.”Himitsu wo Choudai” by Ars Magna is the track that plays during the sequence and one can watch it below!

The ED comes with a fairly upbeat tune of its own as the screen pans across what appears to be the show’s “main girl”, the green haired beauty Youko Shiragami. The track is “Ienai Ienai” by Hilcrhyme, and the visuals are fairly simplistic, but a nice ending touch to an episode. Check it out below! 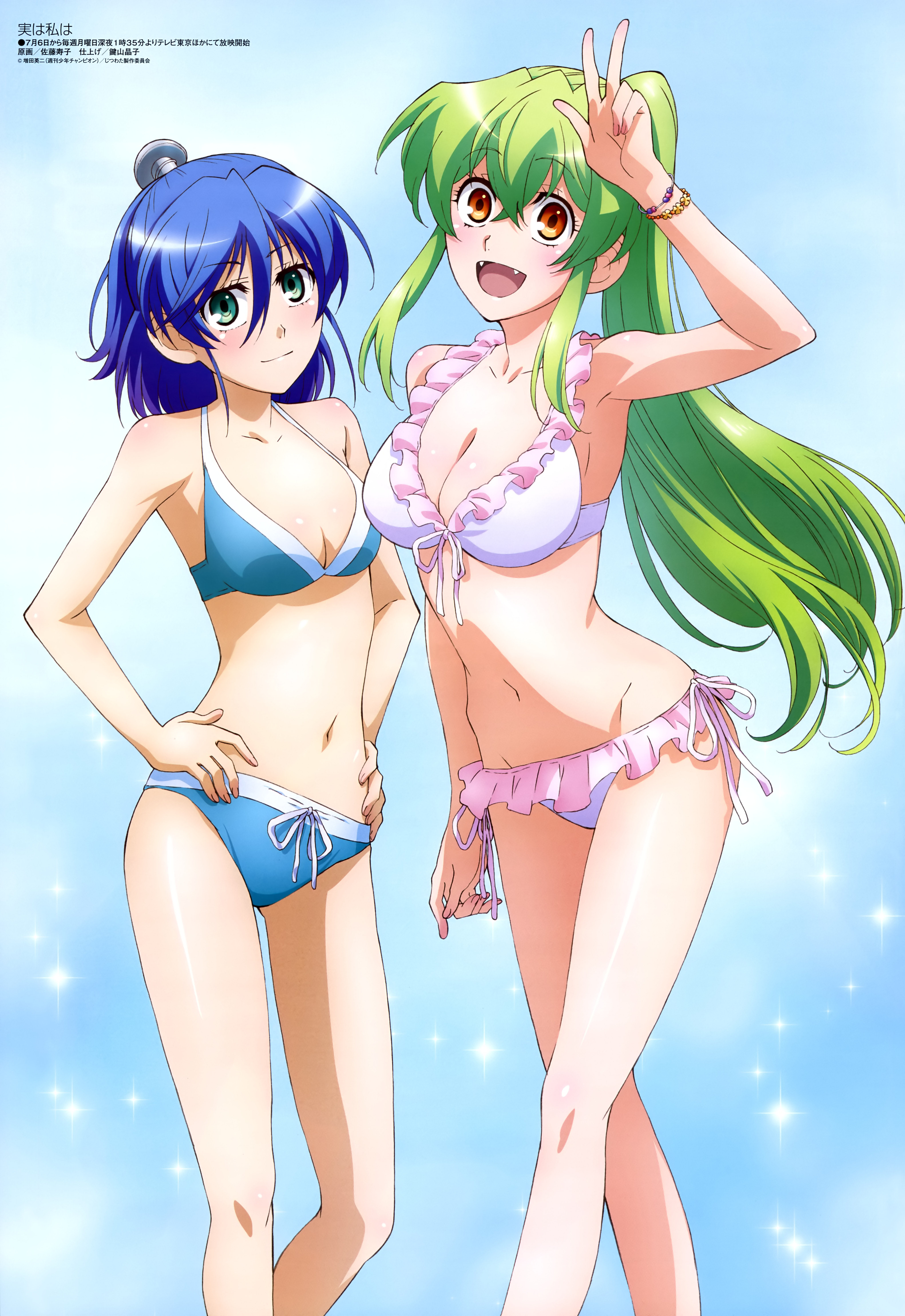