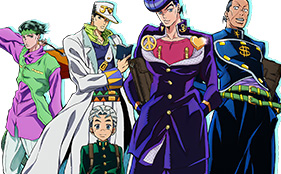 The official website for the upcoming anime adaptation of Hirohiko Araki’s JoJo’s Bizarre Adventure – Part IV: Diamond Is Unbreakable manga has revealed a new key visual. The series is scheduled to air in April.