Kantai Collection‘s staff announced in January that they were working with Sega on a new KanColle arcade game which was supposed to be available during Summer, but the official Twitter account for the Kantai Collection‘s staff tweeted on Wednesday that there was an issue with the manufacturing process which now leads the game to be delayed to Spring 2016, even though the team already delayed it to this fall before. 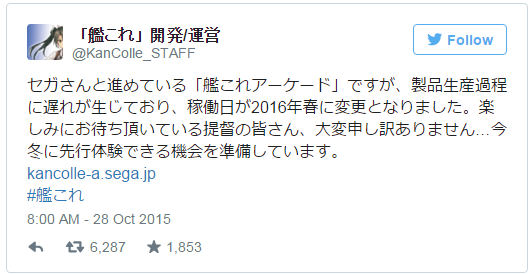 The team also announced on their account that  they will try to provide a playable test machine during winter. The official website for this Sega’s Kancolle Arcade game also streamed two trailers for the game in August.

Some images for this Kancolle game were also released in February during the Japan Amusement Expo. 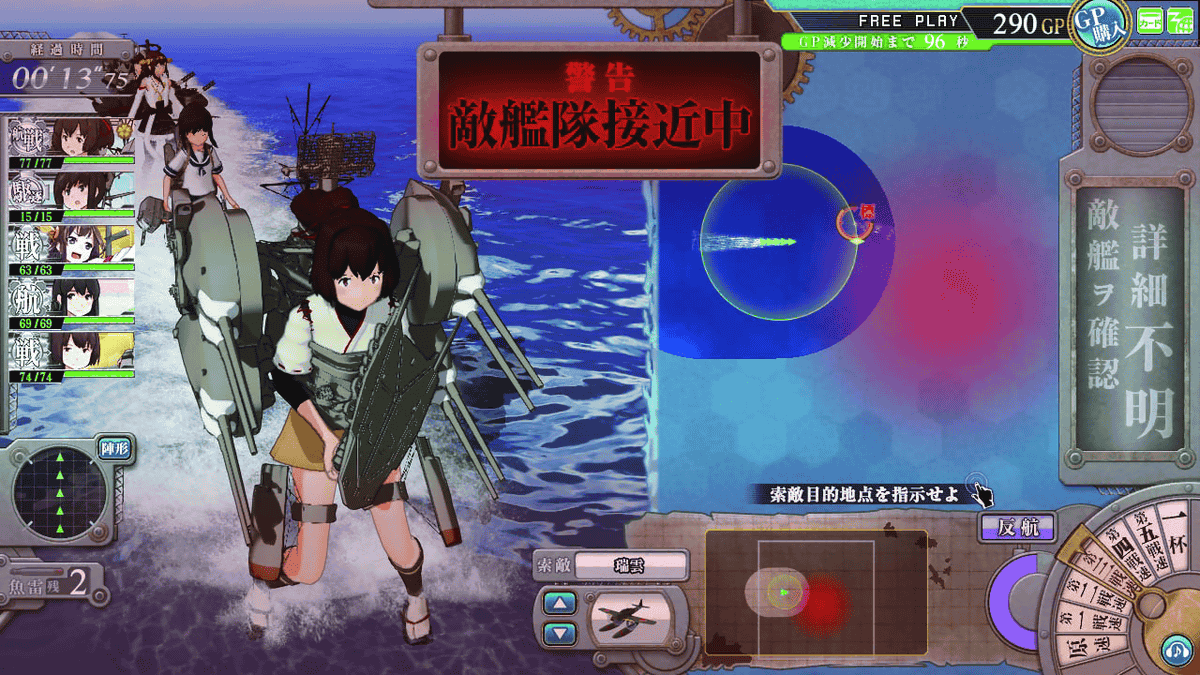