The official website for the anime adaptation of Sui Ishida’s Tokyo Ghoul manga has revealed the new character design for series protagonist Ken Kaneki in the upcoming second season of the anime, Tokyo Ghoul √A. Additionally, the site reveals some new cast members that will debut in the anime and the synopsis for the first episode. 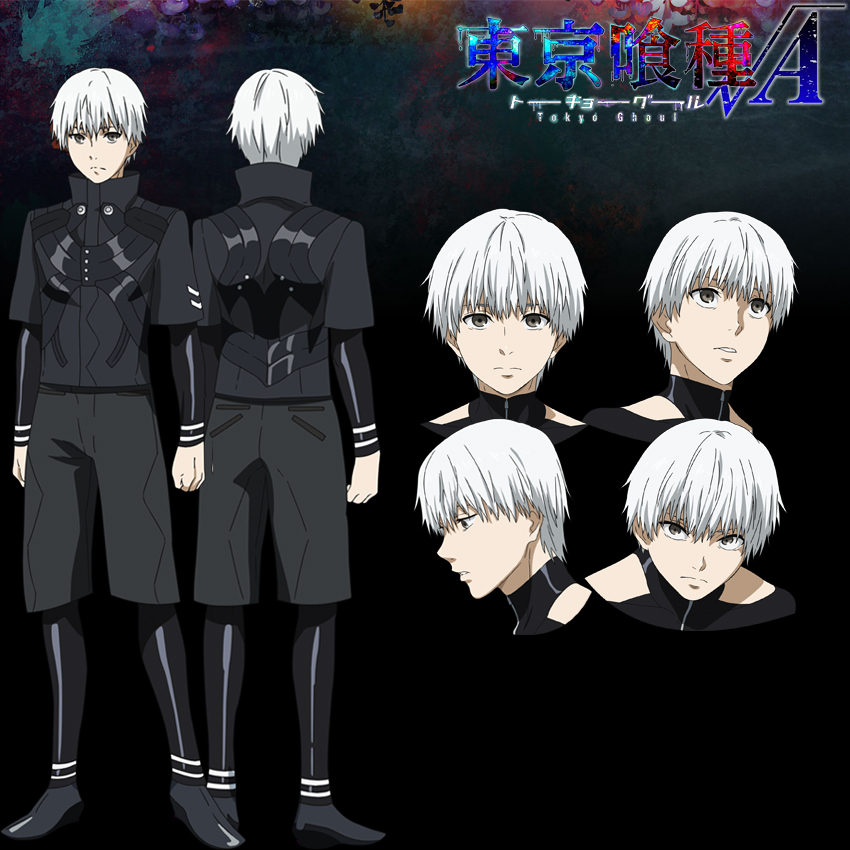 This is the new design for Ken Kaneki in the upcoming series. He will be voiced by Natsuki Hanae (Inaho Kaizuka in Aldnoah.Zero) who also voices him in the first anime season. The site also revealed some new cast members for characters that will debut in the upcoming anime.

The site also reveals the following support characters will return:

In the secret base of the belligerent group “Aogiri Tree,” a fierce battle between the Aogiri, CCG (The Commission of Counter Ghoul), and Anteiku unfolds. The CCG’s Yukinori Shinohara, Iwao Kuroiwa and their followers fight against SSS-rate ghoul “Fukurō.” Meanwhile, the Anteiku’s Uta, Renji Yomo, and Shū Tsukiyama battle Noro, one of the Aogiri Tree’s leaders.

In one part of the battle, Touka Kirishima faces her own brother Ayato and is cornered by his overwhelming strength.

And, when he tries to attack Touka with a final blow…

The upcoming second season will be based on a new original story written by Ishida, rather than adapting the remainder of his original manga. The series will once again be animated by Studio Pierrot (Naruto Shippuden, Bleach) and the majority of the cast and staff will return to reprise their roles. The second season itself will be airing from January 8 next year on Tokyo MX, before airing on TV Osaka, TV Aichi, TVQ, Dlife and ATX-1 in the subsequent days. Ishida has reported on Twitter that the anime will be 12 episodes long.

Tokyo Ghoul √A will be airing from January 8 next year during the Winter 2014/2015 anime season on Tokyo MX for a total of 12 episodes. An advanced screening of the first episode will be held at the Toho Cinemas in Nihonbashi on January 4. More information will follow soon.