The series has an anime adaptation that was aired on October 3, 2013 to March 27, 2014 with 24 episodes. It has also received an unaired 25th episode special titled Kill la Kill Special. The anime was produced by Studio Trigger (Little Witch Academia, Inou-Battle wa Nichijou-kei no Naka de). 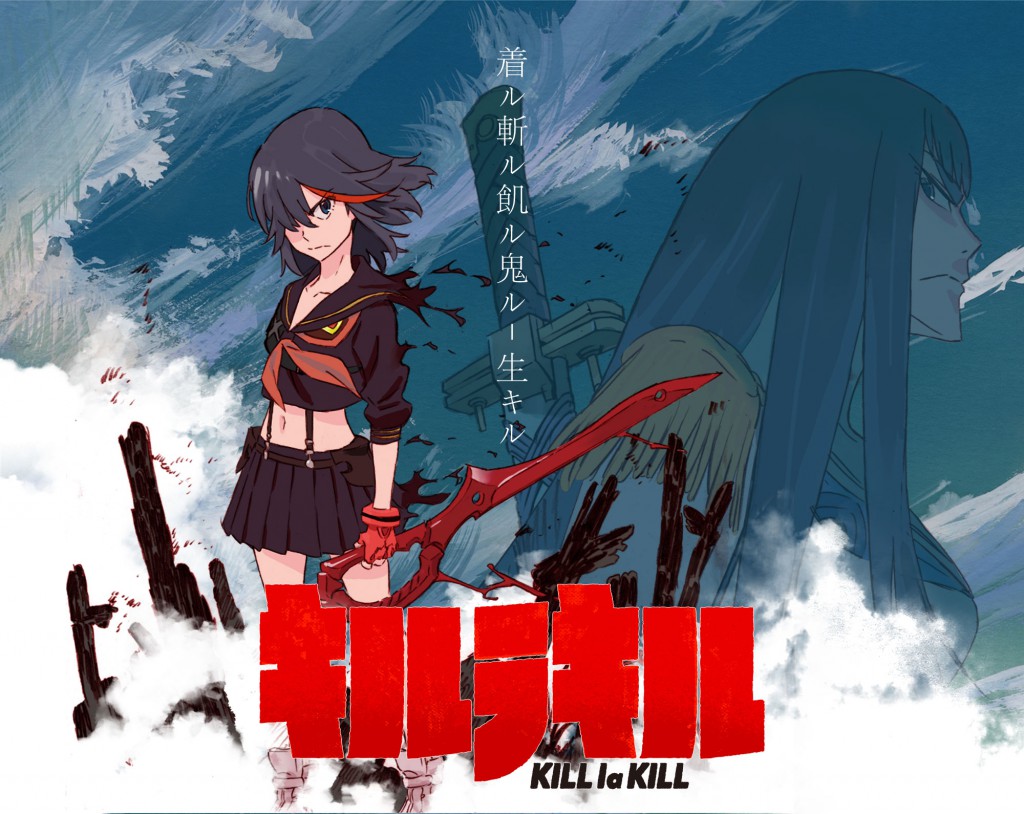 Ryuuko Matoi is a vagrant school girl traveling from place to place searching for clues to the truth behind her father’s death—the “woman with the scissor blade.” The journey has led Ryuuko to Honnouji Academy.

Honnouji Academy—where an elite group of students is granted superhuman power by their special uniforms called the “Goku uniform.” With the power of the uniform, the student body president, Satsuki Kiryuin rules the students with unquestioned power and fear.

Satsuki holds the secret to the “scissor blade” and Ryuuko confronts Satsuki to gain information but… Was their encounter a mere coincidence or fate? The clash between the two will soon consume the whole academy!