Home Anime Koe no Katachi Anime Adaptation Has Been Green-Lit

The cover page of the final chapter of Yoshitoki Ooima’s Koe no Katachi (A Silent Voice, The Shape of Voice) in this year’s 51st issue of Kodansha’s Weekly Shounen Magazine is listing that the manga has an anime that is currently in the works. The final chapter will be published on Wednesday. 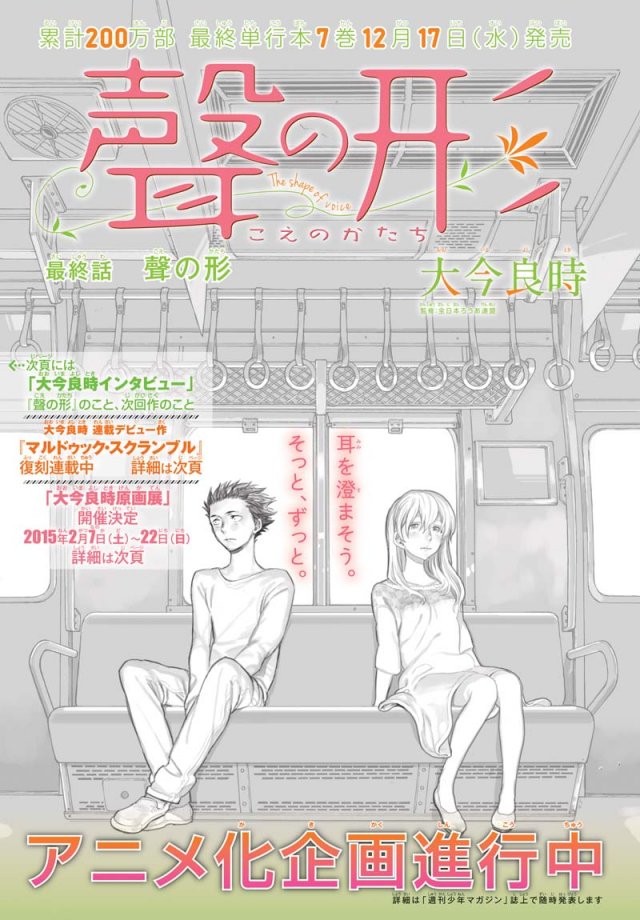 Koe no Katachi synopsis from MAL