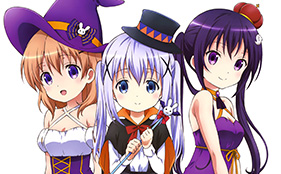 Koi’s 4koma manga series Gochuumon wa Usagi Desu ka? (Is the order a rabbit?) has been featured as a poster in the December 2015 issue of NyanType. You can purchase this issue of NyanType magazine here and view the other posters that came in this issue here. 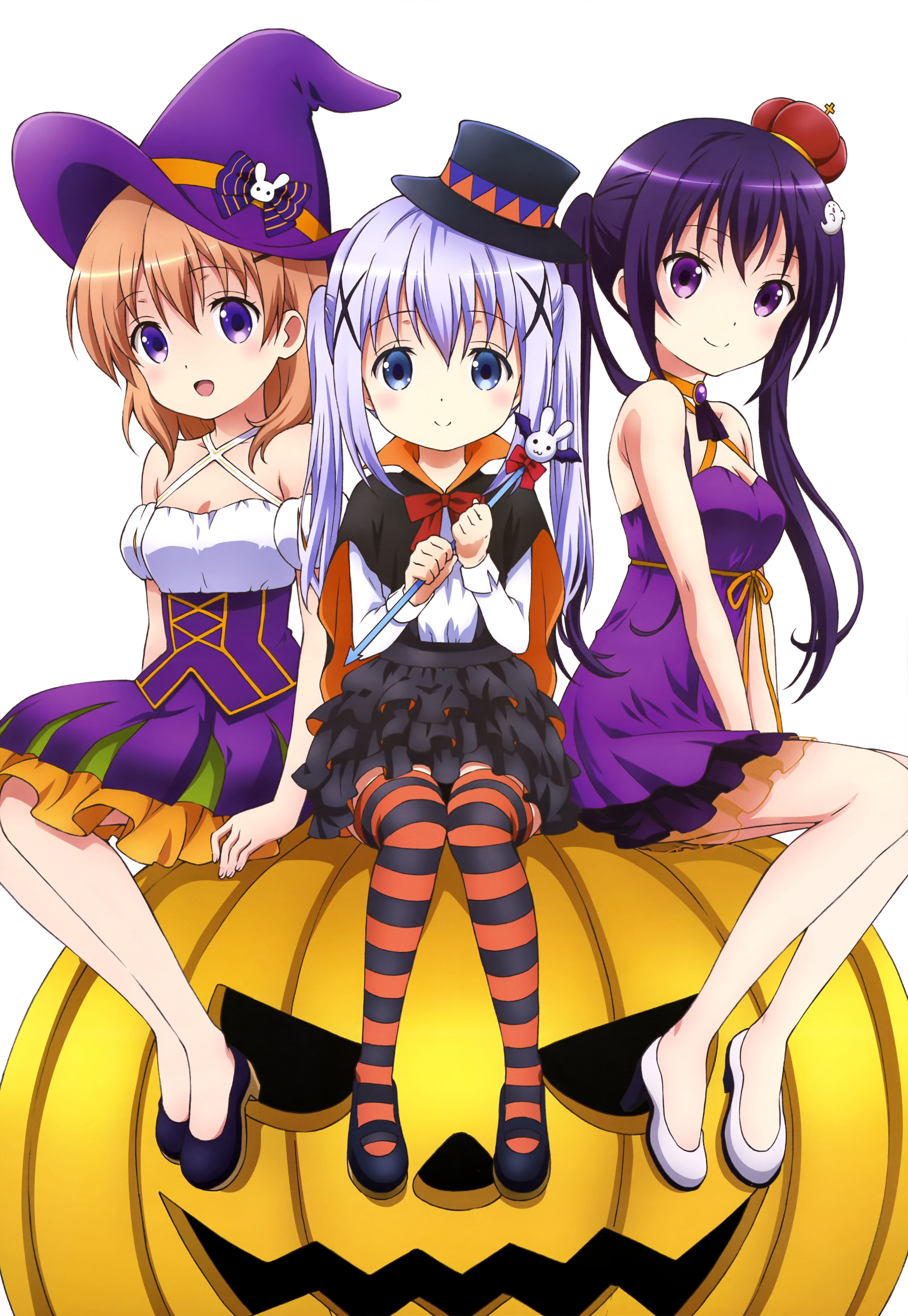 In addition to this, another Halloween themed poster of the girls has been featured in the December 2015 issue of Megami. You can purchase this issue of Megami magazine here.

In addition to this, Chino Kafuu and Kokoa Hoto were preparing for the sequel anime in a new poster visual in the October 2015 issue of Megami.