Raise your Databases as season 2 of Mamare Touno’s Log Horizon has been announced. This news was revealed at the end of the 25th episode of the first season of the anime. The second season of the anime will air this Fall/Autumn in October. 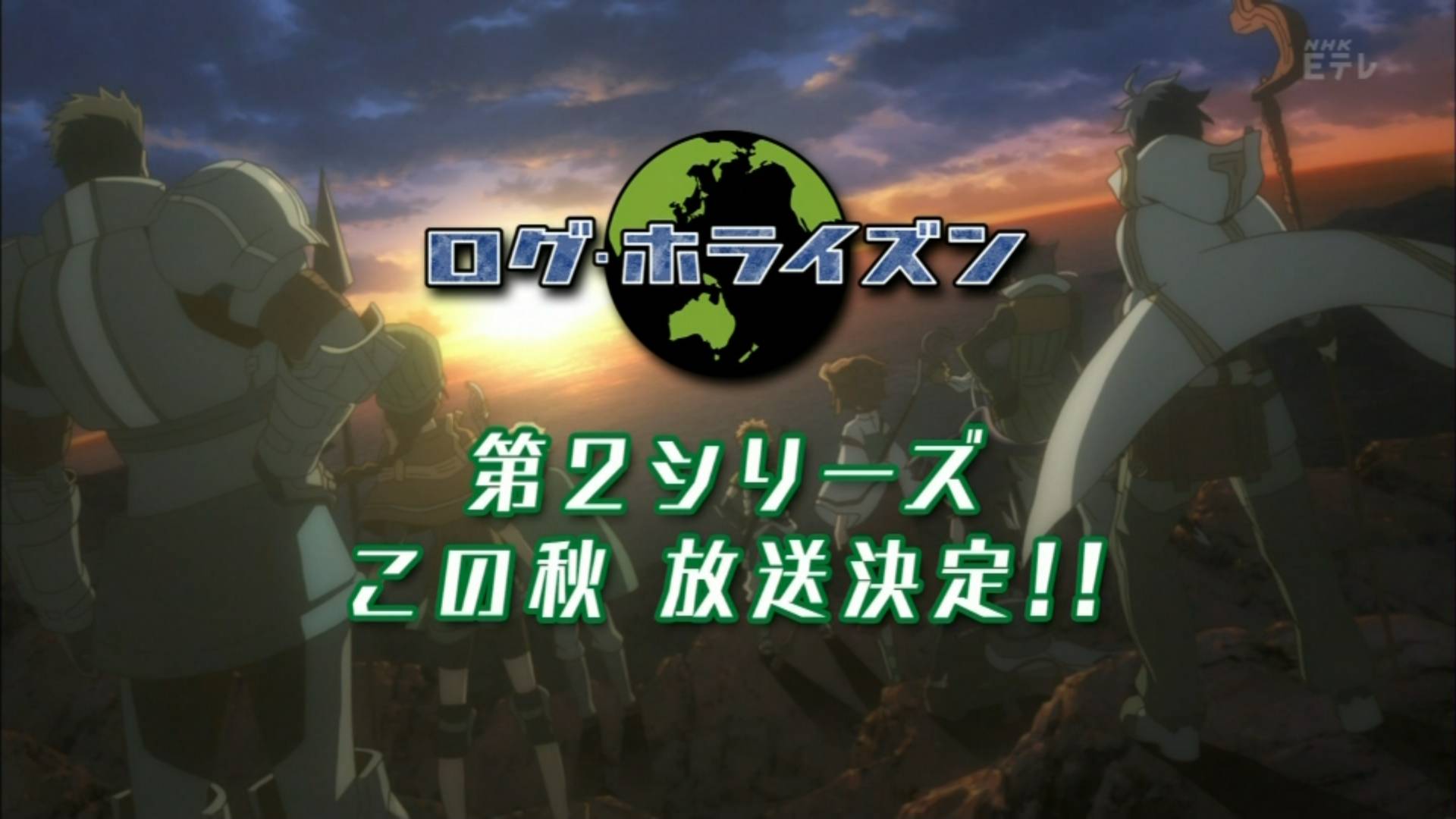 Log Horizon is a light novel series created by Mamare Touno in 2010, when Touno submitted the novel on the site Shosetsuka ni Naro. The series was then published by Enterbrain in March 2011, where a total of 7 volumes has been produced since. A bunch of manga adaptations were then issued after the novel’s publication, all of which are written by Touno. An anime adaptation of the novels began in October last year, airing for a total of 25 episodes and covering 5 volumes.

Season 2 of Log Horizon will be airing this October. More information about the second series will be revealed in the upcoming months.