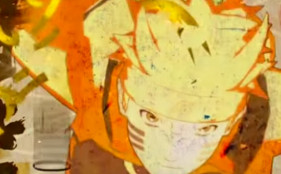 With the release of the final game in the Naruto: Storm series releasing in 8 days, the Opening animation of the game has been revealed. Featuring animation from the final arc of Naruto including the backstory of Obito Uchiha and the final battle between Konoha and Madara Uchiha, the opening features KANA-BOON’s song “Spiral.” The opening includes the main roles of the arc; Naruto Uzumaki, Sasuke Uchiha, Sakura Haruno, Kakashi Hatake, Obito Uchiha, Hinata Hyuga, Madara Uchiha, Rin Nohara, Minato Namikaze and leads up to the final standoff between Sasuke and Naruto.

Naruto Shippuden: Ultimate Ninja Storm 4 is currently available for preorder to be released on February 9th for Xbox One, PS4, PC, and includes Boruto and Sarada DLC.