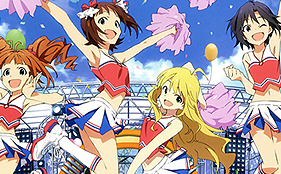 Bandai Namco has announced on their official [email protected] website that they will host a live stream on Niconico regarding their upcoming PlayStation 4 title. The event will begin at 9:00 PM JST on January 28th alongside additional information that will be provided with a Weekly Famitsu issue on the same day.

Long-time series producer Yozo Sakagami is expected to make an appearance at the live stream. Information is scarce on this new, mysterious entry in the idol simulation [email protected] series, though we at Haruhichan will update as the new Famitsu issue will likely leak out on January 26th.

To give those uninitiated a feel for what the series entails, here’s a trailer for [email protected]: One For All, the latest entry in the series which was released for the PlayStation 3 on May 15th, 2014.