A new visual for the upcoming anime adaptation of Souichirou Shinno and Shirabi’s Musaigen no Phantom World (Myriad Colors Phantom World) novel has been revealed as a double page spread in the December 2015 issue of Animage. You can purchase this issue of Animage here. 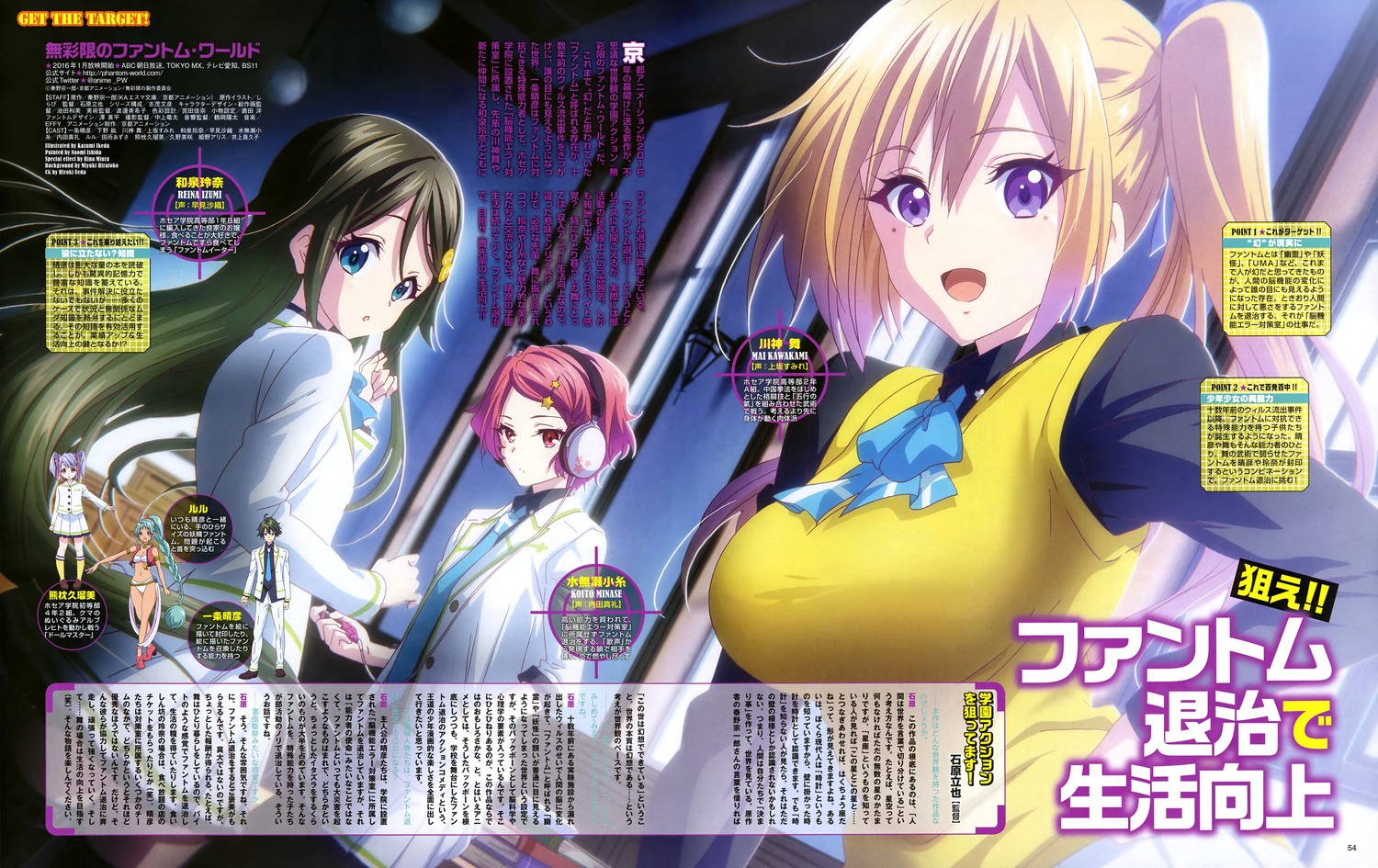 In addition to this the first promotional video was recently revealed. The new video introduces the main characters of the upcoming anime and previews the quality of its animation. The Musaigen no Phantom World anime will air in January 2016 during the Winter 2016 anime season.