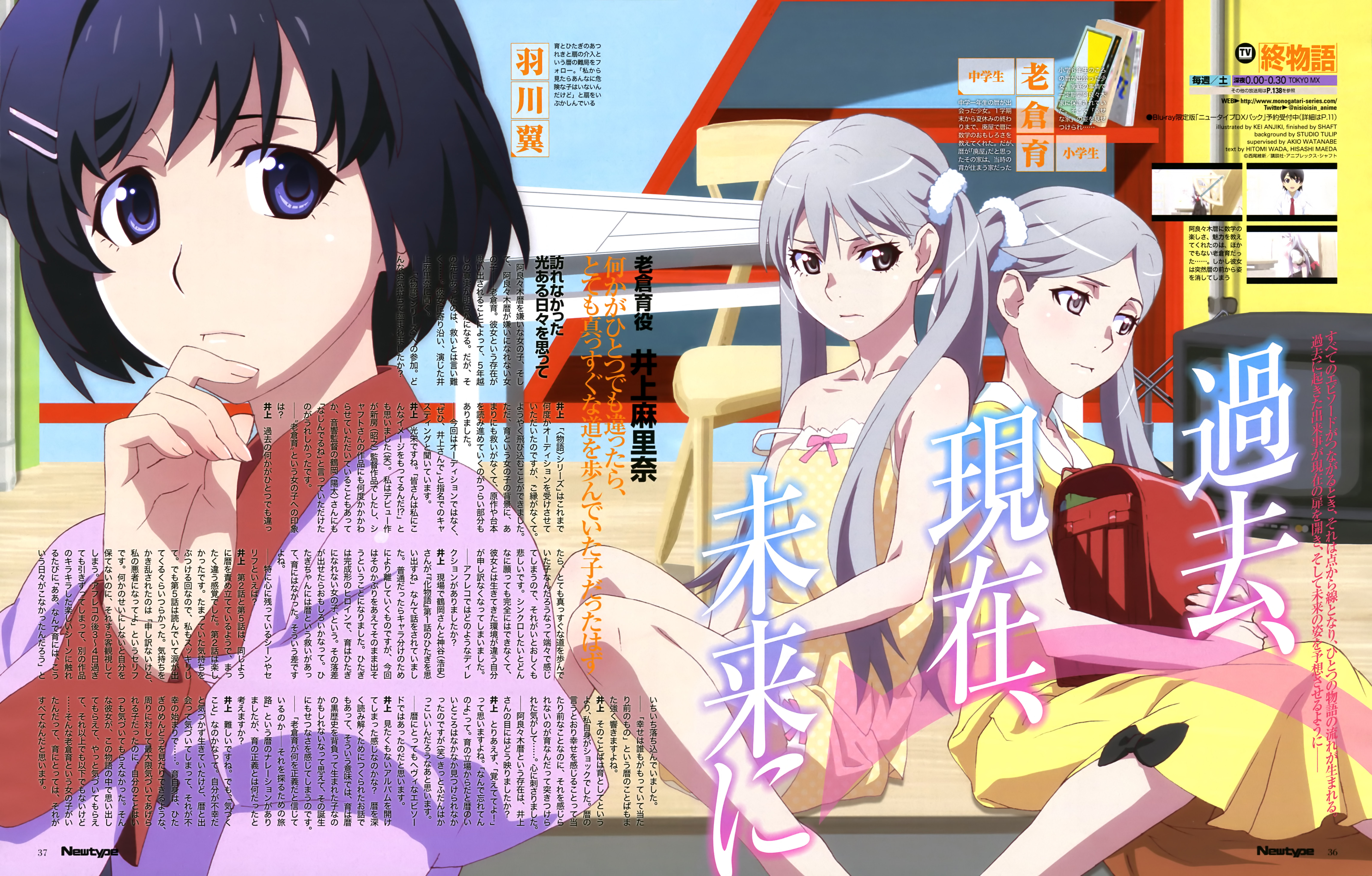 In addition to this, last Thursday a video the “Shinobu Mail” story arc of the Owarimonogatari TV anime series was streamed.

Here’s the trailer for the Owarimonogatari series:

In addition to this, a double page spread of the series was featured in the October 2015 issue of the Japanese anime magazine NewType.

The first episode of the Owarimonogatari anime aired on the midnight of Sunday, October 4th on Tokyo MX, Tochigi TV and on GTV.

The main cast of the Owarimonogatari consists of: