The Fire Emblem series has been no stranger to censorship in the West – thanks in part to its publisher, Nintendo. When Fire Emblem: Awakening was released, back in 2013, it was uncovered that a scene featuring dark mage Tharja had her posterior conveniently blocked by the main protagonist’s cape in its release outside of Japan. 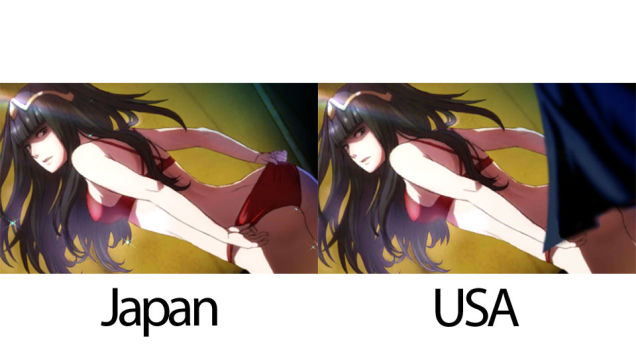 Nintendo has confirmed with Kotaku that certain elements of the upcoming successor in the series, Fire Emblem Fates, will be subject to censorship as well. However, the Japanese publisher is taking a step away from simply hiding the naughty bits to removing the content entirely.

Firstly, Nintendo has opened up in regards to a scene involving party member Soleil which occurs when the male protagonist decides to romance said character. Soleil is notable for acting embarrassed around women to the implication that she shows affection towards them. What follows is the male protagonist spiking Soleil’s drink with a “magic potion” unbeknownst to her which, in turn, allows her to view women as men and vice-versa.

This entire plan was concocted out of the idea that if by having Soleil view each gender oppositely that she will no longer feel flustered in the presence of women. In the end, Soleil ends up falling in love with the male protagonist. The controversy that transpired out of this particular scene were its blatant acts of drugging and implications towards gay conversion, though Nintendo has been outspoken that there will no such “expression between characters” in its Western release.

Furthermore, it has been revealed by Nintendo that a minigame which has the protagonist “petting” party members to gain additional affection between one another has also been removed from the Western edition of Fire Emblem Fates. Nintendo did not provide any comment as to why this decision was made and it has, since, provoked further controversy on Twitter.

However, amidst this censorship, Nintendo will not be altering any same-sex relationships between characters in Fire Emblem Fates which will mark the first time the series will have such a feature. In his article discussing the nature in the manners in which Nintendo is censoring Fates, Kotaku’s Nathan Grayson reassures readers saying that “Fates is more Fire Emblem (in a good way).” Perhaps, even with these changes, the future for the acclaimed strategy-RPG series doesn’t look as gloomy as could be.