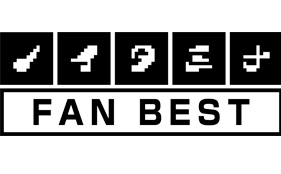 As part of Noitamina’s 10th anniversary, the Fuji TV’s animation block held a poll last month for fans to vote on what they thought what were best anime songs of all time, for anime that aired on the block. And now the top 30 songs have been revealed and will be compiled and sold this April.

Noitamina is celebrating its 10th anniversary this year and to thank all the fans for their continued support over the past decade, the animation block held an online poll for fans to choose what was the best anime theme song from their showcased anime, in early December last year. Fans were to choose only their top ten favourite songs.

And collectively, the top 30 songs voted by fans (in no particular order) are:

The Noitamina Fan Best will be releasing in Japan on April 15 this year. It will be composed of 4 discs; the first two will be CDs will be containing the full audio versions of the songs, the third disc is a CD featuring the edited TV versions of the songs, and the final disc will be a Blu-ray containing the textless Opening and Ending anime sequences of the respective anime theme songs. The collection will cost ￥3,996 (~ $33.90 USD) with pre-orders opening earlier this week and lasting till April 6th at midnight JST.