The Madhouse anime, One-Punch Man, is currently the highest rated television series on IMDb, beating popular TV shows such as Game of Thrones and Breaking Bad. It is standing at an average rating of 9.7 while the others are below with 9.6 or lower and has, at the very minimum, 5,000 ratings.

Is One-Punch Man living up to expectations? or is it the hype following the season? 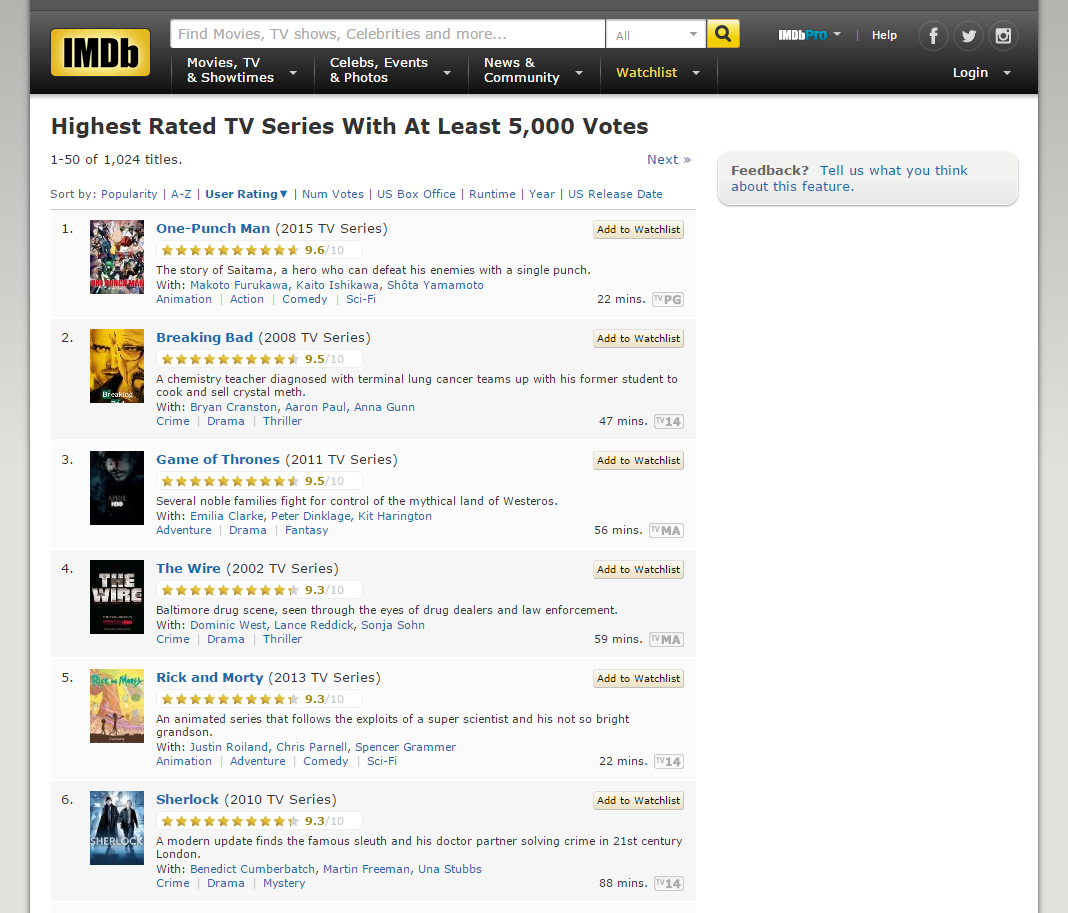 In related news, Saitama and Tatsumaki from the anime adaptation of ONE and Yuusuke Murata’s One Punch-Man manga has been featured as a poster illustrated by Hiromi Taniguchi in the January 2015 issue of Animage. You can purchase issue here (get 5% off with coupon code MOE-N3Y-4YW0QK).