Toei Animation, one of the longest-running and most esteemed animation companies in Japan, and RPG game developer Gust are officially teaming up on a from-the-ground-up original production, as revealed in a newly-launched site. Before its inevitable launch this fall, Toei and Koei Tecmo — Gust’s parent company — will host an event fleshing out the finer details on this surprise project on September 16th. 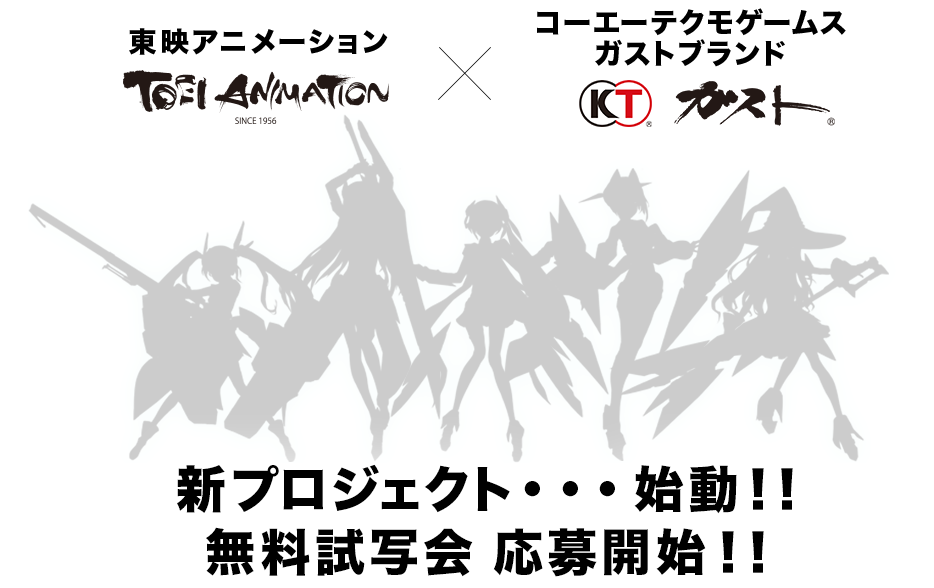 Alongside Gust’s own Akira Tsuchiya (game creator, director, and composer of the Ar tonelico video-game series), the main cast that will be responsible for the five silhouetted main characters will also be present. Anyone keen on getting the chance to see the announcement live are able to enter the event, for free, which will be held at the Shinjuku Wald 9 theater in Tokyo.

This eccentric collaboration could mean a potential number of things with Akira Tsuchiya attached to the project. Given that Gust’s development schedule is constantly updating with a slew of new titles every year, perhaps this could very well be a new IP with Toei Animation providing animated cutscenes and/or character designs. However, that aforementioned schedule could also point in the direction of Tsuchiya creating a foundation for Toei to animate around as a fully-fledged TV series.

Though information is scarce, we’ll keep you updated when details are made available.