The official website of the anime adaptation of Tappei Nagatsuki and Shintarou Otsuka’s Re: Zero Kara Hajimeru Isekai Seikatsu (Re: Life in a Different World from Zero) light novel series has revealed that a body pillow cover of Rem is currently in production. The pillow is scheduled to release this August in Japan for a total of ¥12,000 ($113.00 USD). 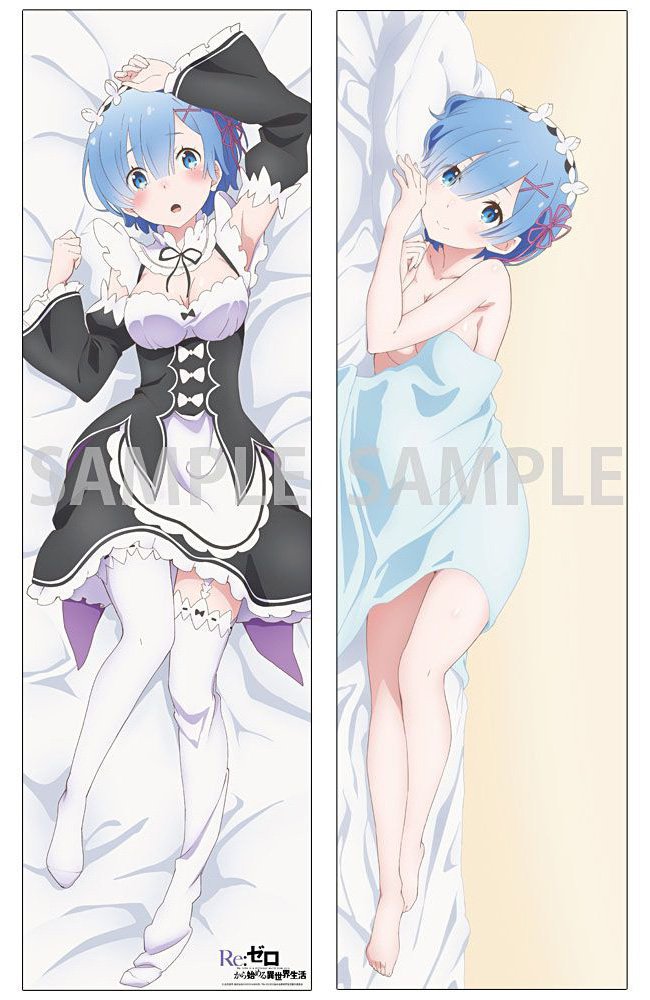