The official website for the ongoing Bishoujo Senshi Sailor Moon: Crystal anime series has revealed the cast and character designs for the Black Moon Clan who will start appearing in the anime from episode 15 on February 7. 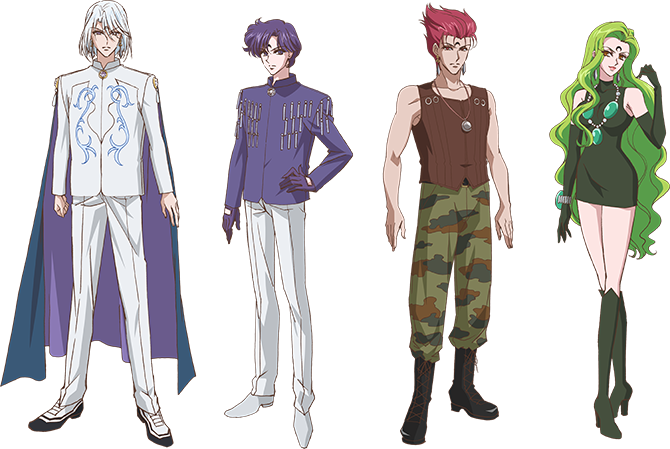 From left to right the new cast is as follows:

The Black Moon arc of Sailor Moon Crystal launched earlier this month and features Chibiusa, Sailor Pluto, and other characters.

The new arc itself began airing from January. The visual itself also showcases a new character that will appear in the arc, Sailor Chibi Moon. The Black Moon arc of the original manga was previously animated in the 1993 anime Sailor Moon R.