A bunch of new scans have appeared online from the latest issue of Shogakukan’s CoroCoro for Pokémon Omega Ruby/Alpha Sapphire coming to the Nintendo 3DS and Nintendo 2DS this November. They have revealed some new Mega Evolutions for the starters and Legendary Pokémon.

First up is Mega Diancie and the new Mega Evolutions for the three starter Pokémon: Mega Sceptile, Mega Swampert and Mega Blaziken. Although Blaziken’s Mega was announced for Pokémon X/Y it makes a return. Additionally, Mega Sceptile will be a Grass/Dragon type. Mega Sceptile has Lightning Rod and Mega Swampert has the ability Swift Swim.

Next up are the Mega Evolutions for the two legendaries of the games, though are referred to as Ancient Devolution. They are currently called Primal Groudon & Primal Kyogre. 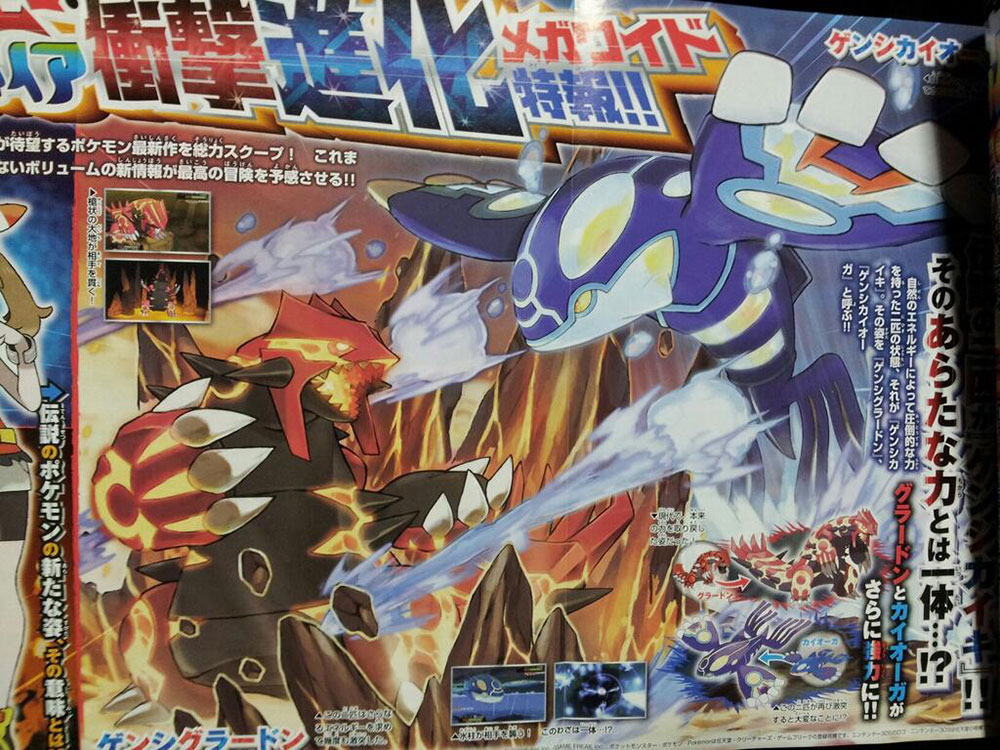 The next scan, is the redesigns for the two main player trainers of the game: May and Brendan. 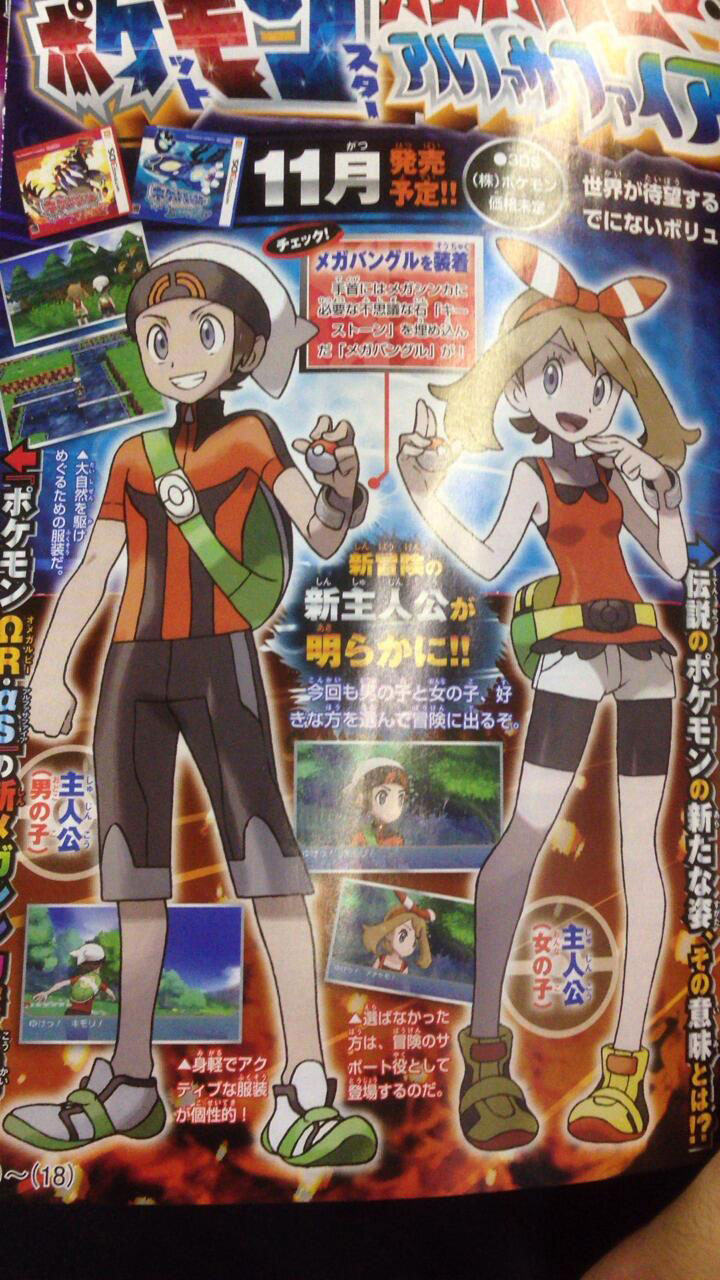 And finally, the Pokémon trainer Steven Stone will return to the game and appears to have a Mega Charizard X. 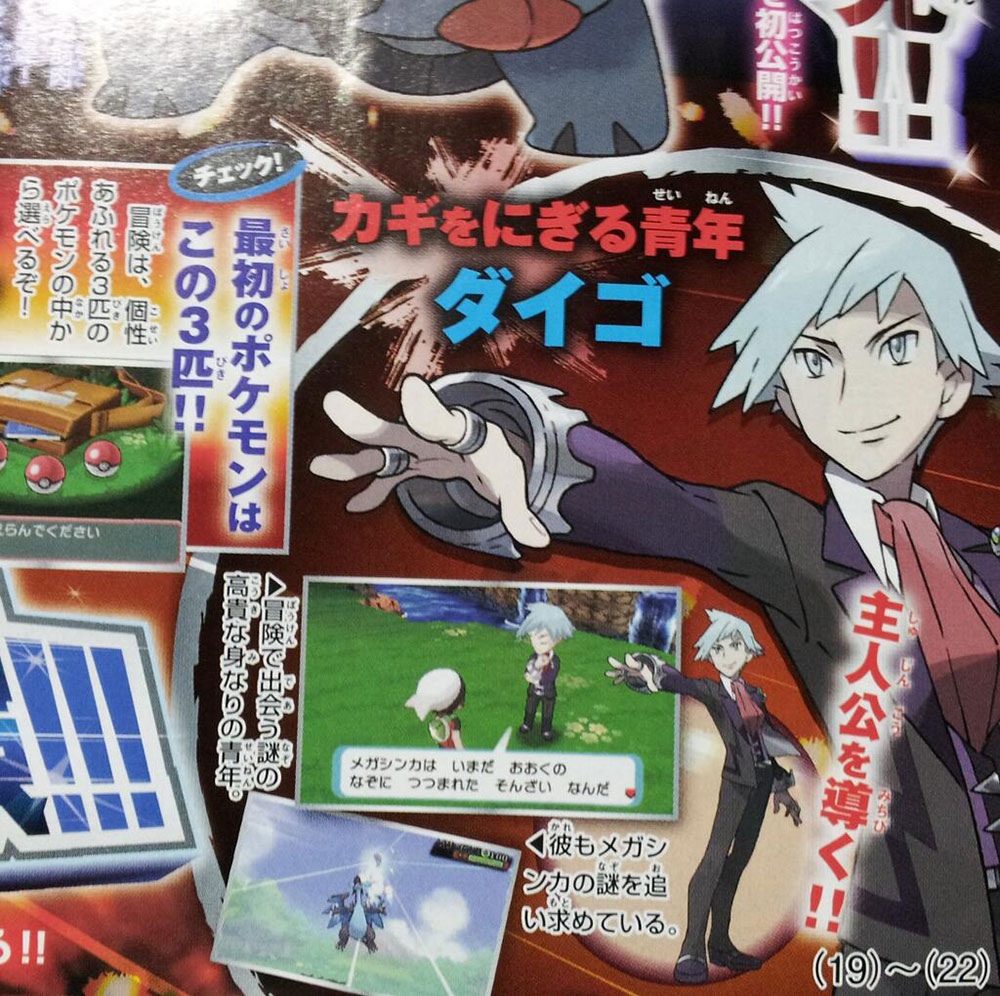 The games are updated versions to the third generation Pokémon games, Pokémon Ruby and Pokémon Sapphire, that released on the Game Boy Advance in 2002/2003. It will utilise the Pokémon X/Pokémon Y engine to create a spectacular new world.

Here are the tentative box art for the European release of the game.

More information, images and footage of Pokémon Omega Ruby and Pokémon Alpha Sapphire will release during the E3 2014 Nintendo Direct.

You can visit the game’s official website for more info.