It has been revealed in the 32nd issue of Kodansha’s Shuukan Shounen magazine that Yuuji Terajima’s (Giant Step) baseball manga, Diamond no Ace, will be continuing on its second part on the magazine’s 38th issue on August 19, 2015. The final side story for the manga’s first part will also be published next week, July 15, on the 33rd issue. 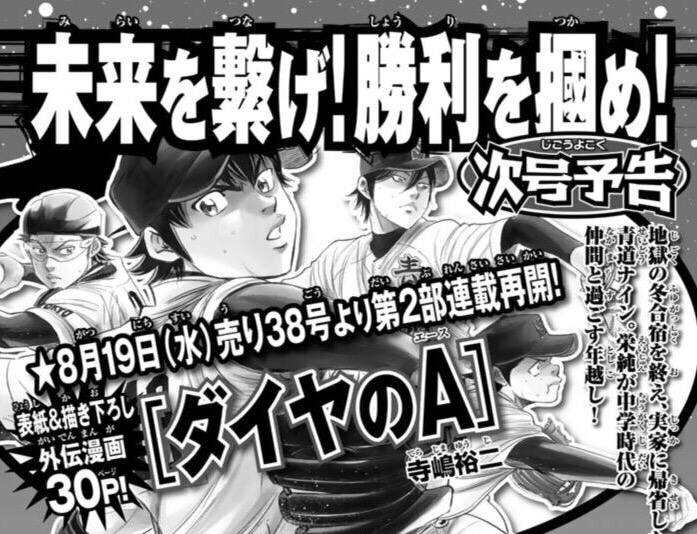 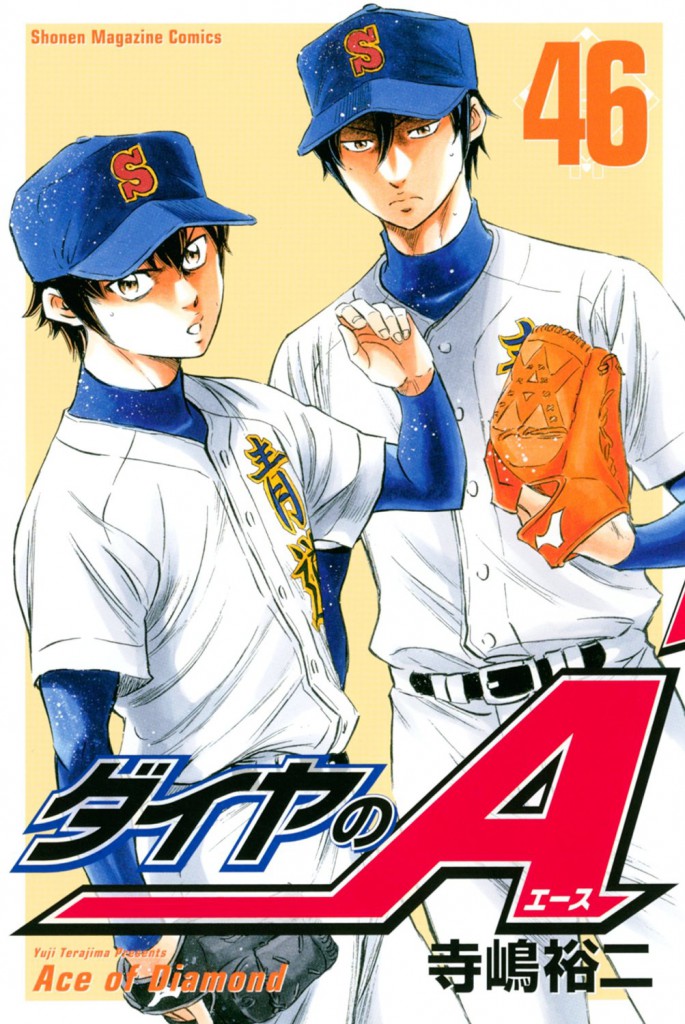 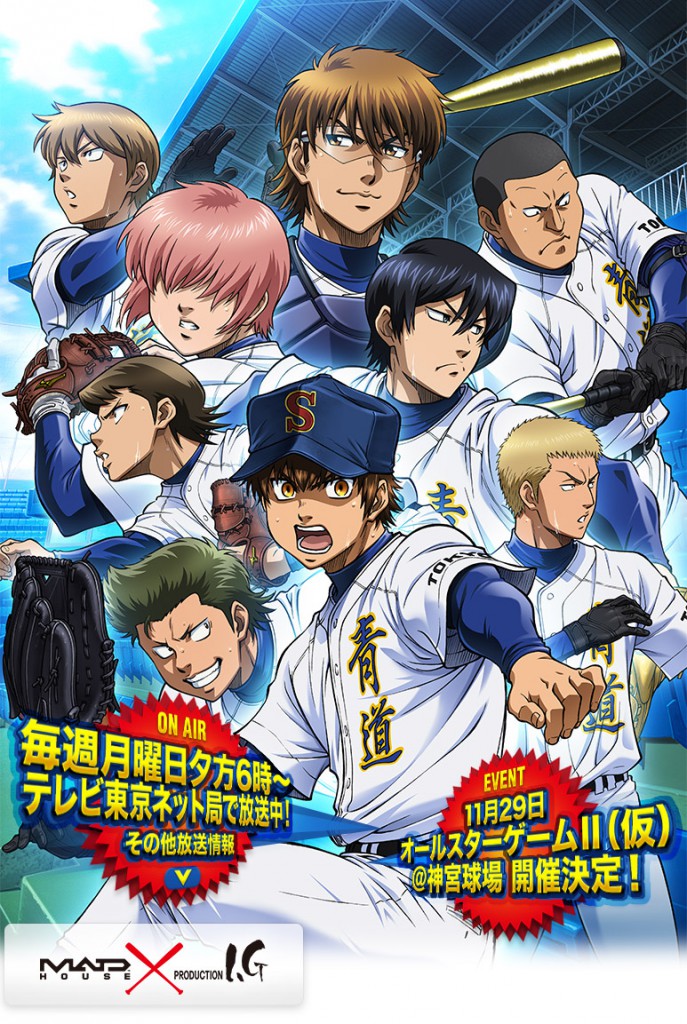 Synopsis of Diamond no Ace manga from Haruhichan: