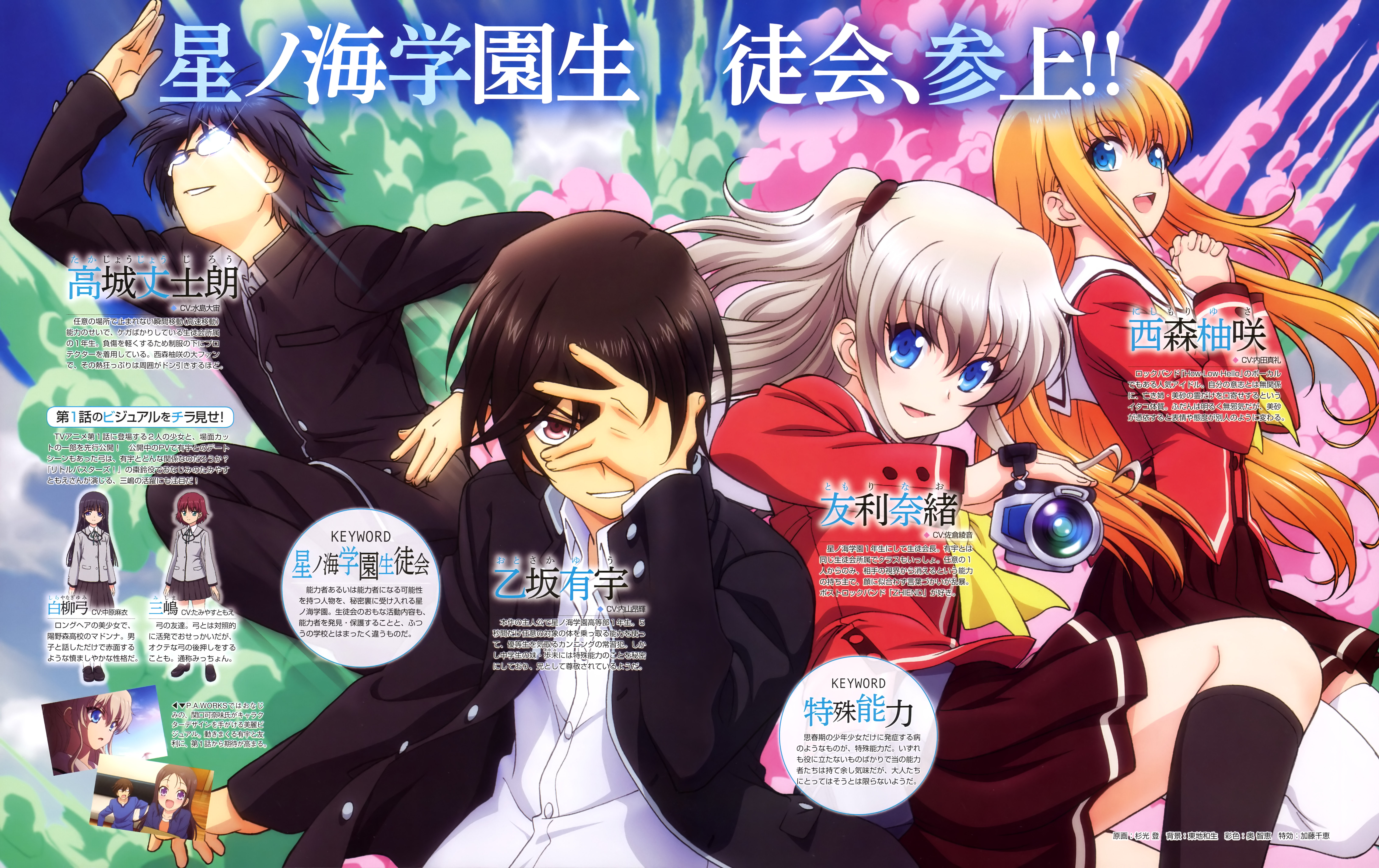 Charlotte is a Japanese anime television series produced by P.A.Works and Aniplex and directed by Yoshiyuki Asai. The series, which is written by Jun Maeda with original character design by Na-Ga, is the second original anime project created by visual novel brand Key following the 2010 series Angel Beats!. The anime began airing in Japan on July 4, 2015, and is simulcast by Crunchyroll and Animax Asia in South and Southeast Asia. A manga adaptation illustrated by Haruka Komowata began serialization in ASCII Media Works’ Dengeki G’s Comic.