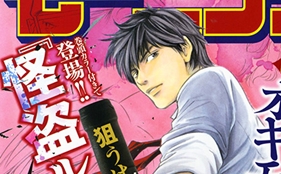 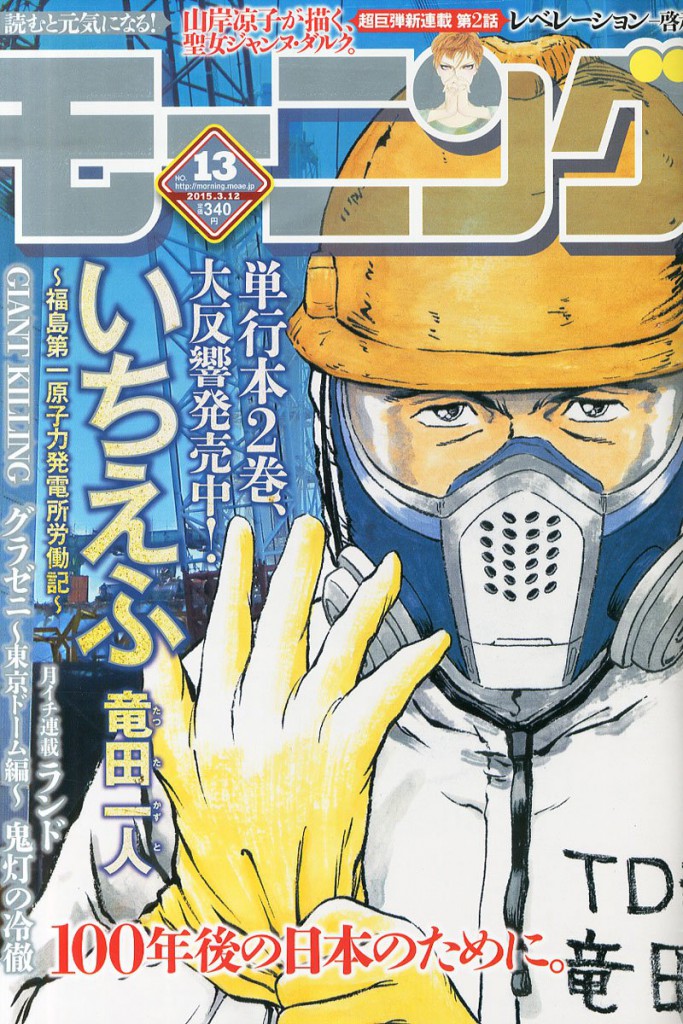 Kaitou Le Vin is an adventure, mystery, drama manga that was published on October 23, 2014 in the magazine’s 47th issue. The first and second compiled manga volume is announced to be released in Japan on May 22, 2015. 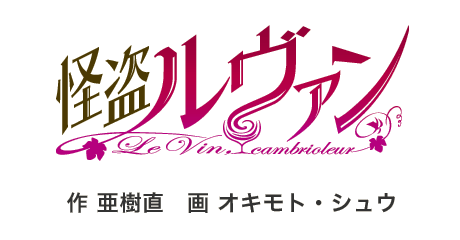 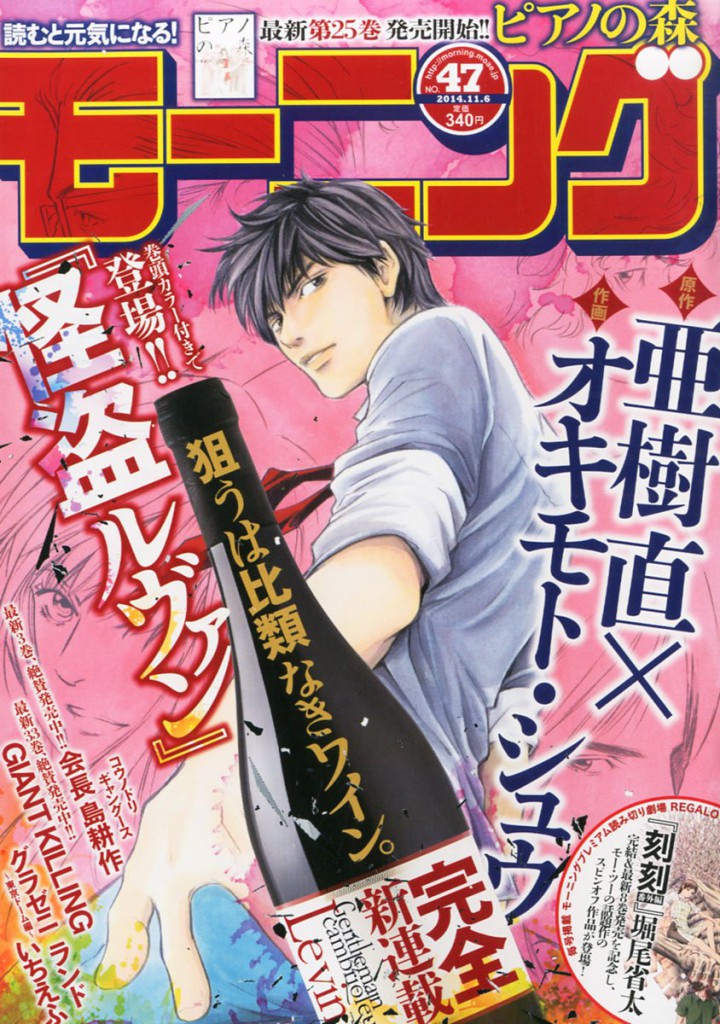 A five man band of thieves whose specialty is wine travel the world, appearing here and there under the name “Phantom Thief Levain” to save bottles of unparalleled wine from the villains who hoard them! A brand-new action title from Shū Okimoto and Tadashi Agi, creators of the definitive title in wine manga, “The Drops of God.”