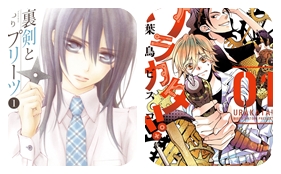 Earlier today at Viz Media’s Shojo Beat’s panel on Anime Expo, they have announced at the end that they have acquired the licenses for Shuriken to Pleats (Shuriken and Pleats) by Vampire Knight‘s mangaka, Matsuri Hino, and mangaka of Ouran Koukou Host Club, Bisco Hatori’s, Urakata!! (Behind the Scenes) manga.

Matsuri Hino published romantic-action manga, Shuriken to Pleats, under Hakusensha’s LaLa magazine on July 24, 2014 and will end in the magazine’s September issue on July 24, 2015. The manga currently has one compiled volume that was shipped on February 5, 2015. Shojo Beat plans to publish the English-translated manga on early Winter 2016. 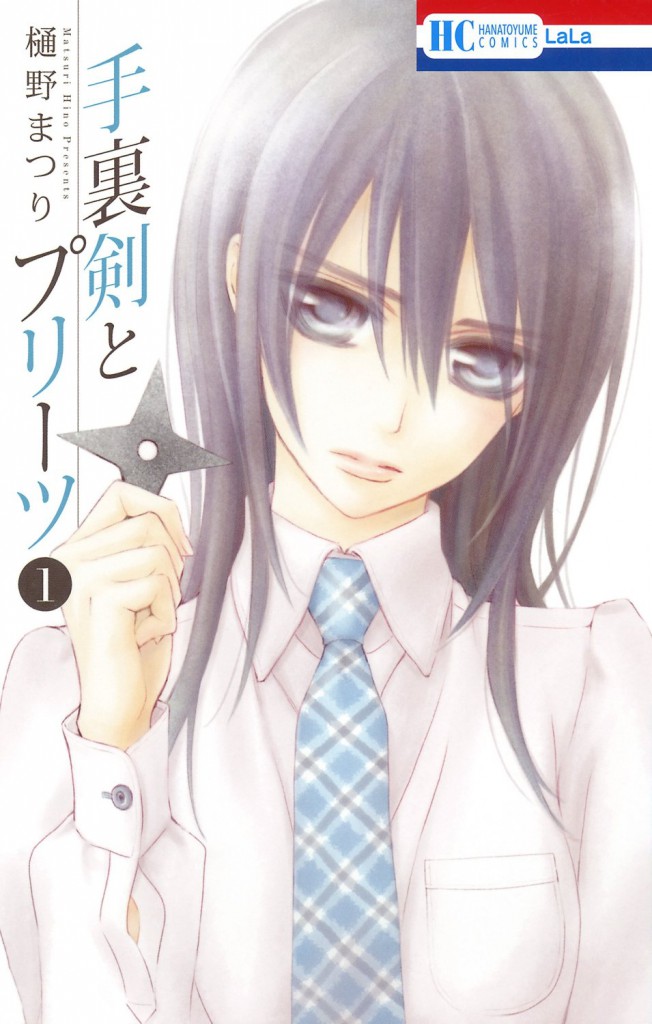 Synopsis of Shuriken to Pleats from MangaUpdates:

With the Meiji Restoration and the abolishment of the Samurai system, the once feared and respected ninja were forced underground, to continue their work in absolute secrecy. In modern times, the descendants of a certain ninja clan have continued their ancestors’ legacy by employing the ninja arts in their work as bodyguards for the rich and famous. Kirio Mikage is the daughter of the CEO of “Shadow Village Company,” a private security company that operates as a front for the clan’s ninja activities. For as long as she can remember, her father has been training her physically and mentally to be a ninja, drilling their clan’s mantra into her head: “Be a shadow.” Ever since she was a child, Mikage’s only source of comfort and encouragement has been her employer, James G Rod. Rod is a kind, handsome and mysterious British businessman who is using Shadow Village Company’s ninjas for his personal security and who, when Mikage was only about 10 years old, requested that she be assigned to complete her apprenticeship as part of his security team. His wife, whom he loved dearly, was Japanese but she and the couple’s daughter were killed by Rod’s enemies prior to him hiring Shadow Village Company to see to his personal security. Rod seems to regard Mikage as a stand-in for the daughter he lost, whereas she is half in love with him as the only person who has ever shown her kindness. One day, Rod asks Mikage to let him adopt her and send her to school in Japan like any normal teenage girl, so she can lead a happy life. Mikage is troubled by his offer because of her feelings for him and the fact that the penalty for any ninja who turns their back on the clan is death. But before she can decide, Rod is killed in a bombing. Mikage finds out after his death that, before he was killed, Rod paid Shadow Village Company a sum equal to her entire lifetime’s wages in exchange for her freedom from her obligations to the clan. In honor of his memory, Mikage decides to fulfill Rod’s wish for her and returns to Japan to attend high school there. This is the story of ninja Mikage’s life as a normal high school girl!

Bisco Hatori’s romantic-comedy manga, Urakata!! was also released under Hakusensha’s LaLa magazine. It was published on May 24, 2014 and is still ongoing. It currently has one volume that was published on January 5, 2015. Shojo Beat will release the first English compiled volume on Spring 2016. 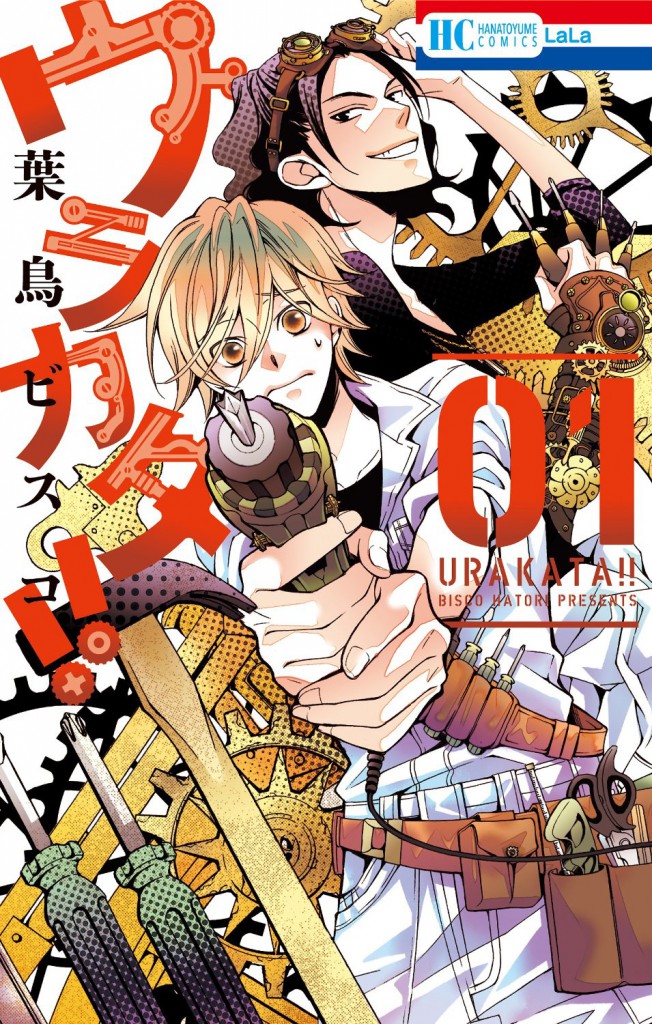 Synopsis of Urakata!! from MangaUpdates:

The story follows Ranmaru, a super-negative college student. One day, he encounters a mysterious group on campus who turns his life into turmoil.