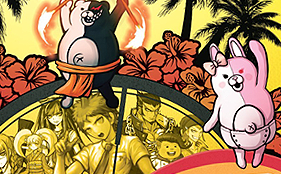 Announced only just five days ago, Spike Chunsoft – a Japanese publisher responsible for both the Conception and Zero Escape series – revealed they’d be self-publishing a port of Danganronpa: Trigger Happy Havoc onto Steam. Thanks to a listing on Steam’s database for its sequel, Danganronpa 2: Goodbye Despair, it was only a matter of time until they’d come clean on whether we’d see the series flourish on PC.

Attention class. Danganronpa: Trigger Happy Havoc is about to get steamy! pic.twitter.com/T3QdJ6UzGl

Speaking with Siliconera, Spike Chunsoft reassured fans of the eccentric visual novel franchise that Danganronpa 2: Goodbye Despair will be following suit in the near future. The company also noted that while they aren’t ready to announce anything furthermore, Danganronpa isn’t the only franchise Spike Chunsoft is hoping to bring over to Steam.

Perhaps we might not only just see the third-person shooter spin-off Danganronpa Another Episode: Ultra Despair Girls or potentially the upcoming third incarnation, New Danganronpa V3: Minna no Koroshiai Shingakki, but maybe even J-Stars Victory VS or Zero Time Dilemma on PC? We can only hope, but, for the time being, we can enjoy Spike Chunsoft’s first venture onto Steam with Danganronpa: Trigger Happy Havoc in February 2016!

To keep up with more updates, feel free to check out Spike Chunsoft’s official English Twitter and Facebook pages.