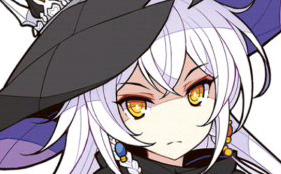 Atlas USA began streaming a full trailer for the North American release of its Stella Glow Nintendo 3DS game to accompany its release on the 17th on Tuesday.

Stella Glow is a strategy role-playing game by imageepoch for the 3DS. It was originally going to be self-published but, SEGA picked up publishing duties. The game was announced in Fall 2014, set for a winter release. It wasn’t heard of again until March 2015.

In March 2015, it was revealed that the game was being now published by SEGA. Imageepoch revealed the game was pretty much done by its release announcement. However, the game had difficulty with getting the game published and distributed in stores. Eventually, they got SEGA to publish it. On March 31, Atlus was revealed to be the Western publisher.

Stella Glow is strategy RPG for the Nintendo 3DS system developed by Image epoch (Luminous Arc franchise). The game centers around Alto and his childhood friend Lisette as they try to stop Hilda the Witch of Destruction, and features unique “Song Magic.” The game will contain English voices, but with the 20+ songs are in their original Japanese, performed by some of Japan’s most beloved voice actresses. As most reluctant heroes do, Stella Glow-protagonist Alto starts as a country boy in a small town. One day, he hears a song coming from the forest (which is odd, since song has been absent on the planet for thousands of years), where he discovers the lone Hilda. But after the chance encounter, Hilda reveals she’s the Witch of Destruction, determined to destroy the world with her Harbingers. As Hilda is about to destroy Alto’s hometown, he and Lisette are rescued by the Royal Knights and whisked back safely to the kingdom. Alto joins the 9th Regiment for the sole purpose of gathering the other Witches to stop Hilda.

Make sure to check out the publisher’s website here.