A new 2019 Christmas wallpaper illustration has been posted of Nitroplus’ mascot, Super Sonico! She is ready to steal your Christmas day. 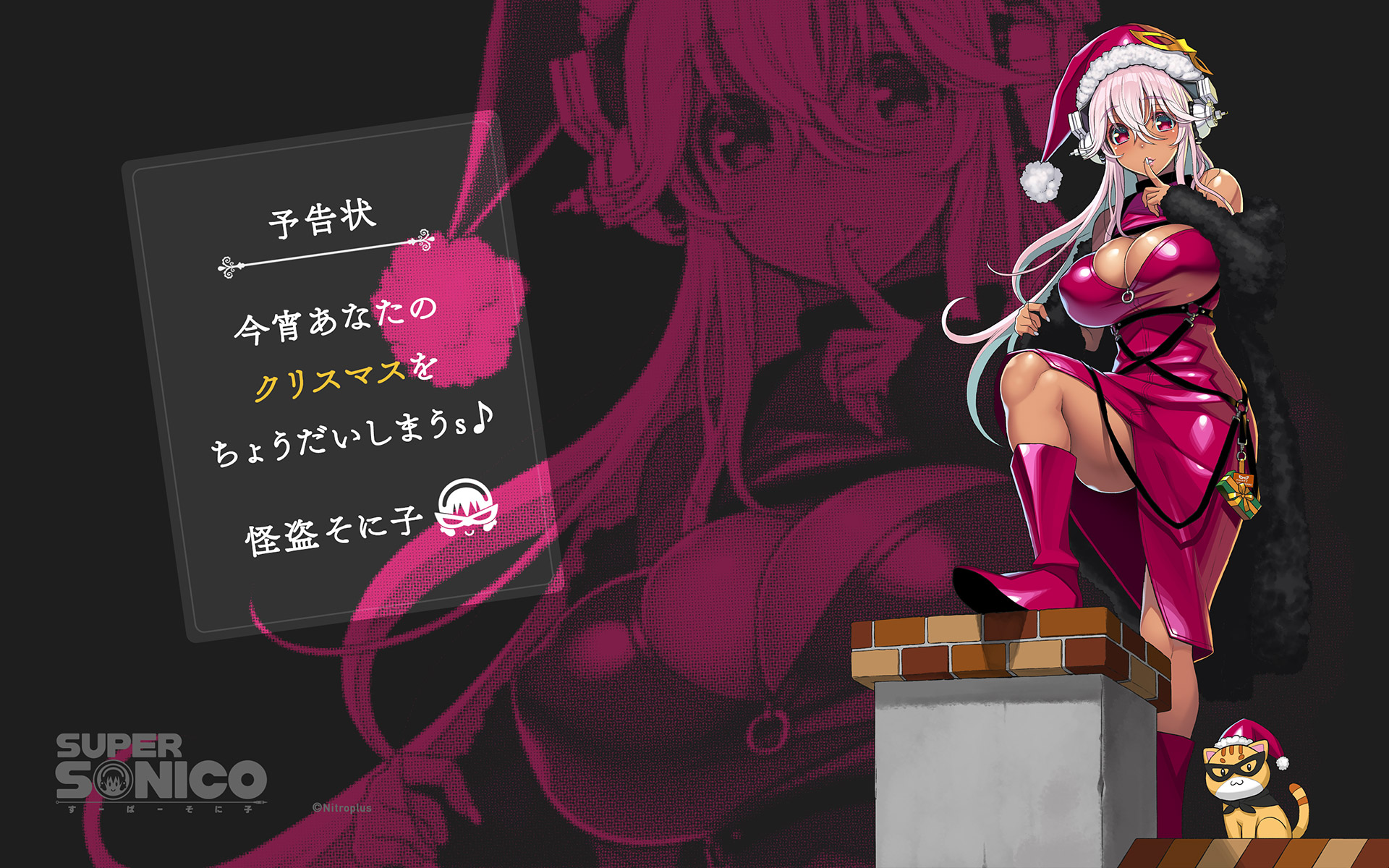