With the fourth and final movie, Code Geass: Akito the Exiled 4, premiering on July 4, a new visual featuring Suzaku Kururugi and Lelouch Lamperouge has been featured June issue of NewType which can be purchased here. 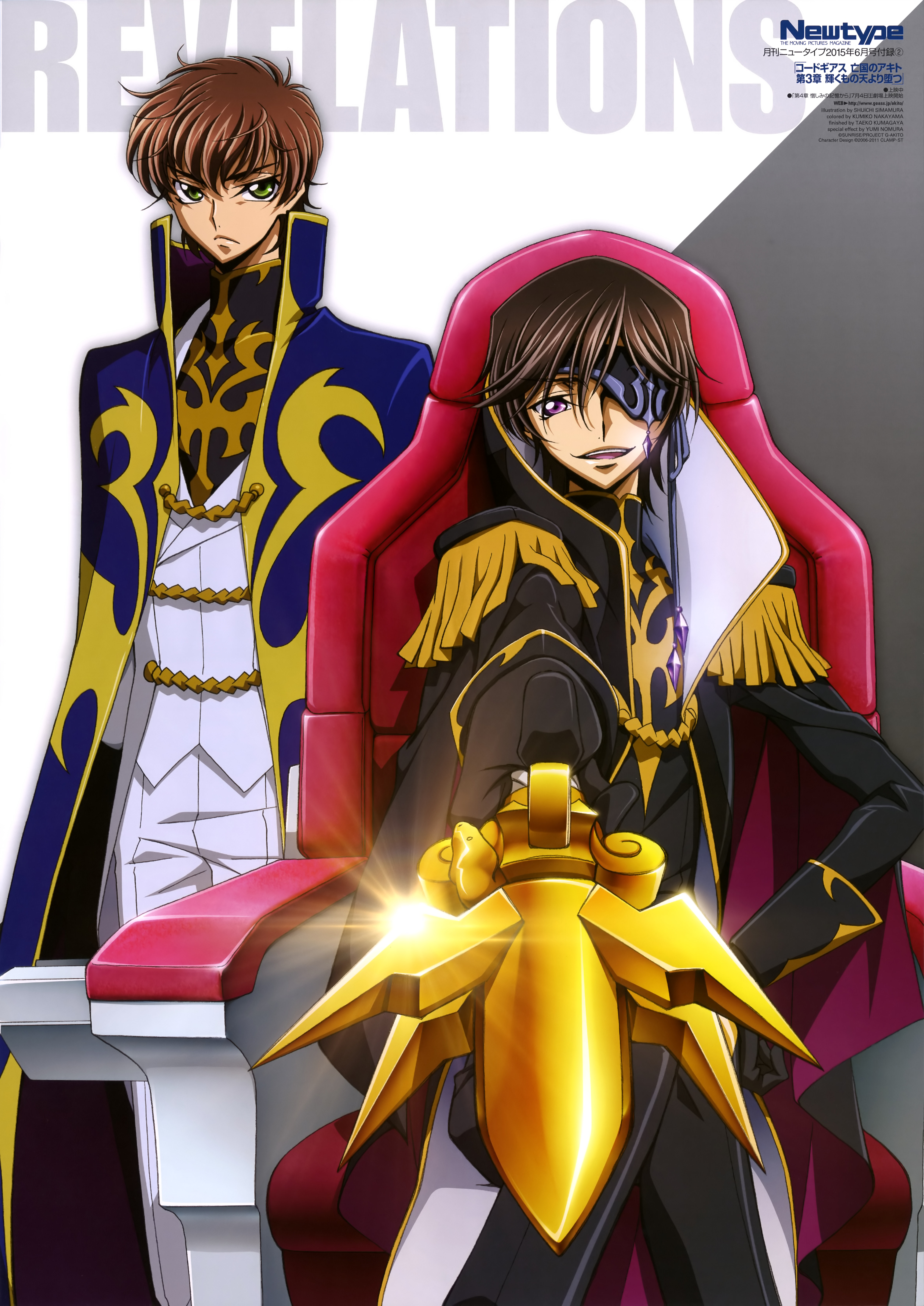 The third movie episode, Code Geass: Akito the Exiled 3 – The Brightness Falls, premiered on May 2 and here’s the TV commercial for it:

A new visual for the OVA was also revealed: