A new visual for the upcoming Sword Art Online the Movie: Ordinal Scale anime film has been featured in the July 2016 issue of NewType as a poster. This issue can be purchased here (get 5% off with coupon code MOE-N3Y-4YW0QK). 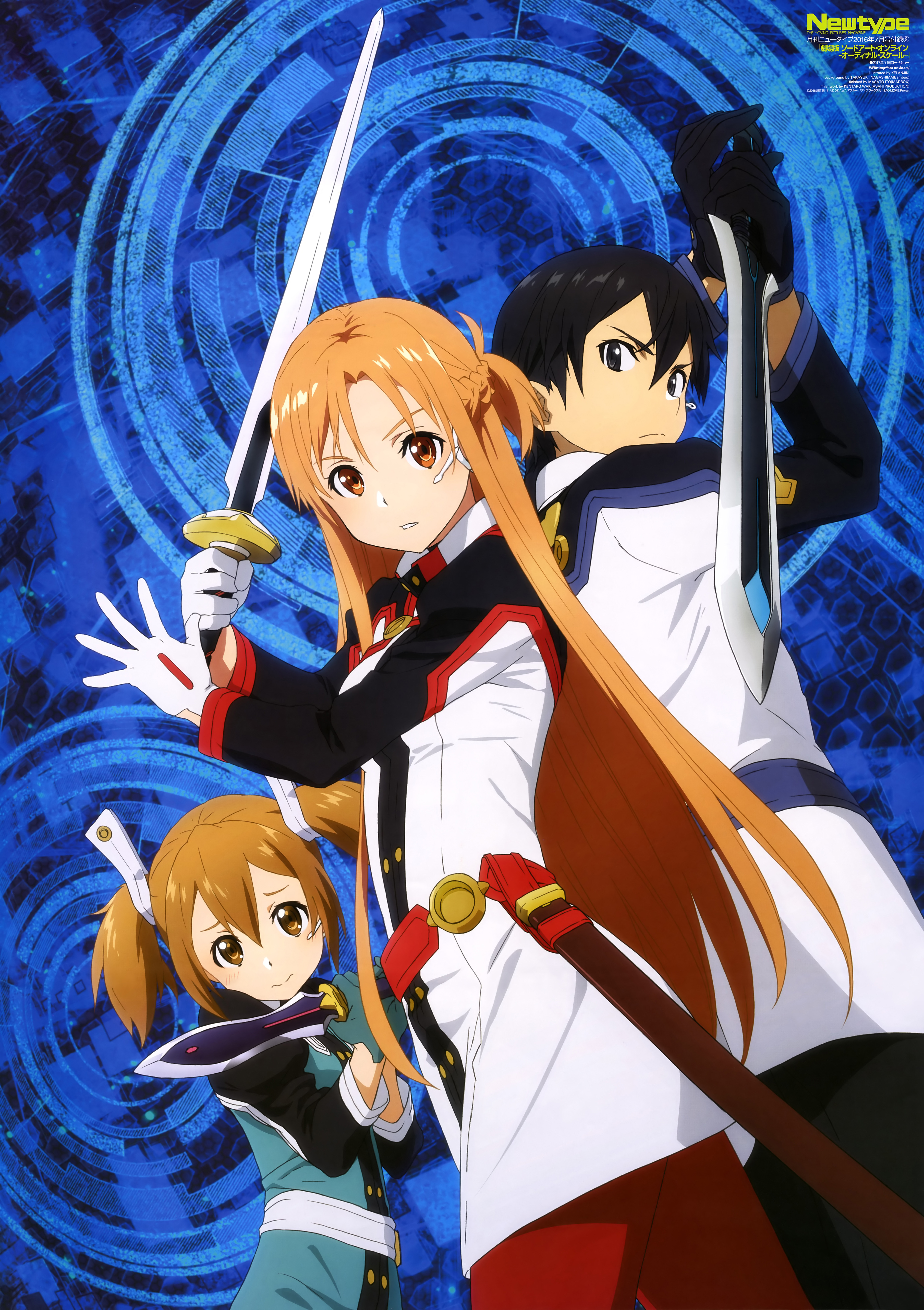 The movie itself is being scheduled for a 2017 release.

The main cast of the upcoming film has been revealed, which will consist of many returning characters from the previous two anime seasons with new original character designs from abec:

Sword Art Online: Ordinal Scale is in production and will release in Japanese theatres in 2017. Further information about the upcoming original movie will be revealed in the near future.