The official website of the Tengen Toppa Gurren Lagann: Restart project has revealed that all 27 episodes of the Tengen Toppa Gurren Lagann anime will be broadcasted on Japanese video service Niconico. The first 15 episodes of the anime’s TV broadcast are currently available now on the anime’s channel on Niconico and will be free to registered users until April 1st, where episodes 17-27 will be available instead until October 1st. 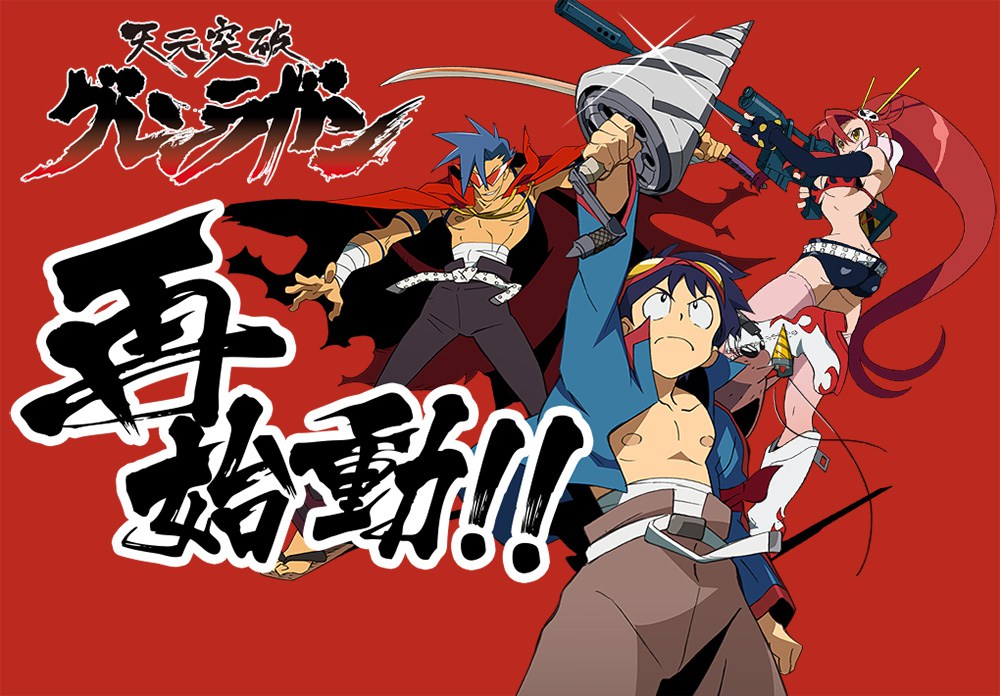 In addition to this, the site has also revealed that the series will be partnering with Japanese mobile application ComiComi where users have access to custom images from the anime that can be sent over social media networks.

ComiComi are also having a competition, running from today till January 8th at 11:59pm JST, where fans posting on Twitter through the application with #叫べグレンラガン are placed into a lottery to win a special Onkyo home theatre set with 10 runner ups getting ¥10,000 ($80.00 USD) Google Play Gift Cards. 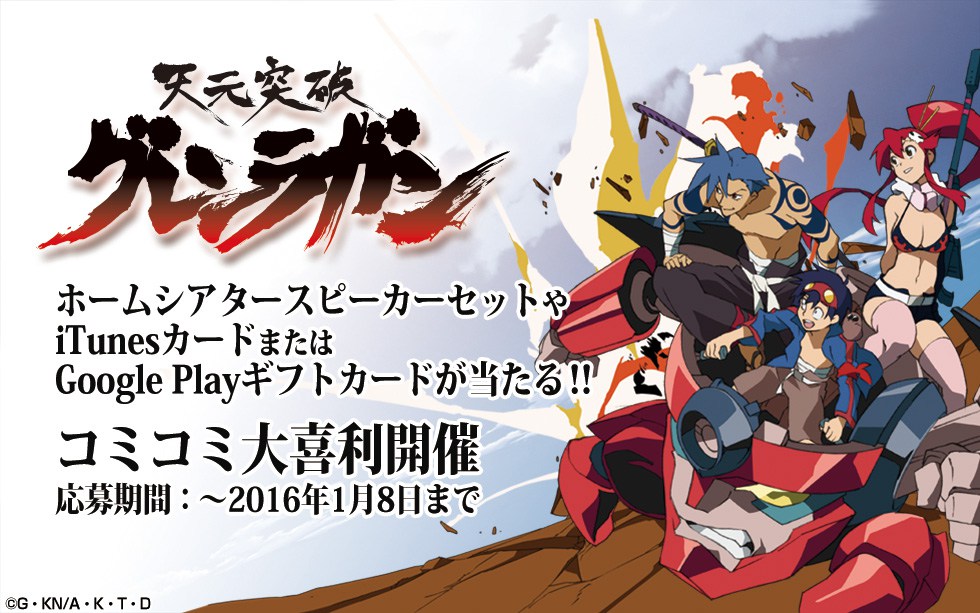 The site also mentions that more news about the project will be revealed soon.