A new festive poster visual featuring Rory Mercury, Tuka Luna Marceau and Yao Ro Dushi from Yanai Tagami’s Gate: Jieitai Kanochi nite, Kaku Tatakaeri (Gate: The Self-Defense Forces Fight Like This in Another Land) has been featured in the December 2015 issue of Animedia. This issue of Animedia can be purchased here and you can view the other posters that came in this issue here. 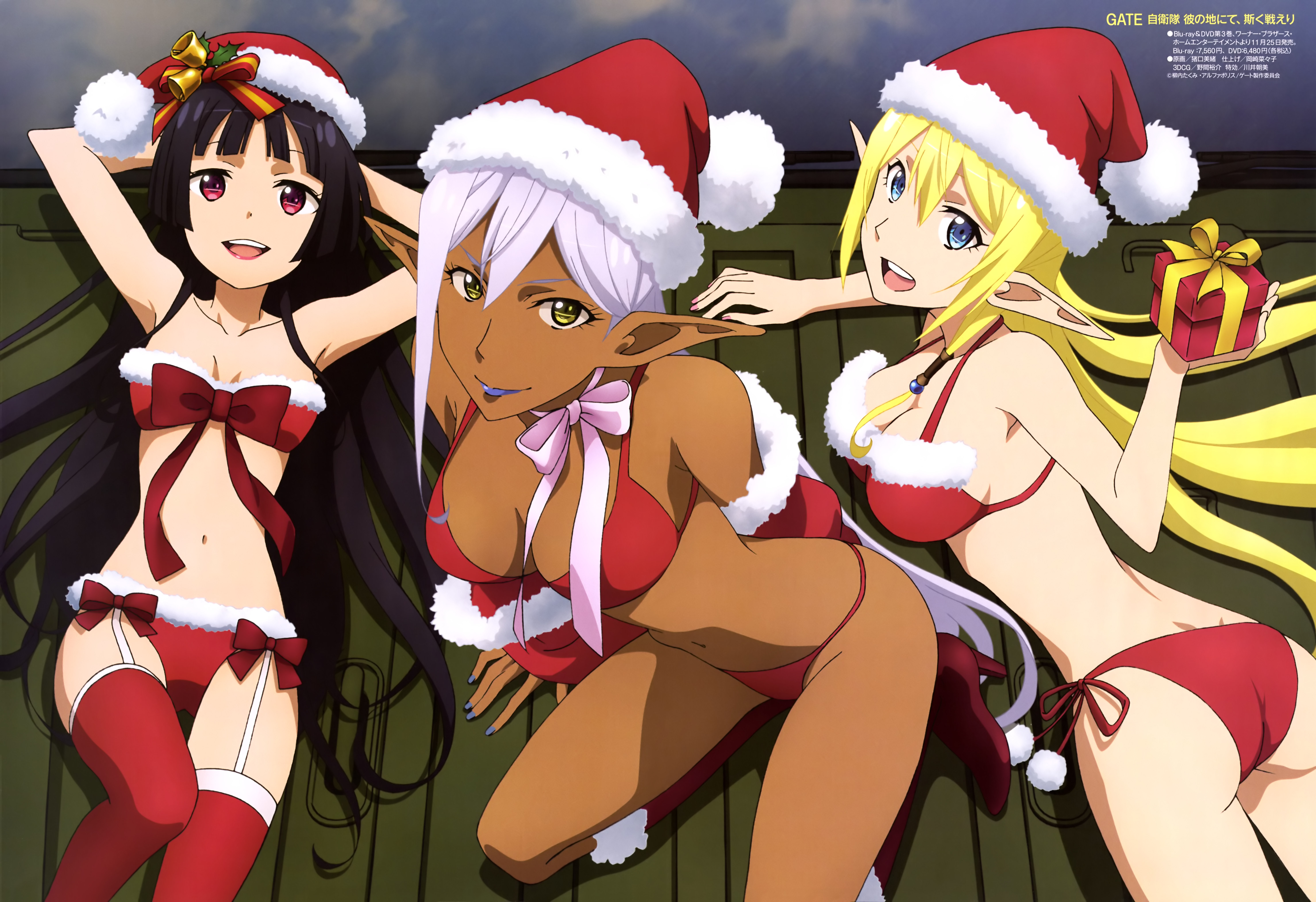 In addition to this, Tuka Luna Marceau, Lelei La Lalena and Rory Mercury, from Yanai Tagami’s Gate: Jieitai Kanochi nite, Kaku Tatakaeri (Gate: The Self-Defense Forces Fight Like This in Another Land) has been featured in the November 2015 issue of NyanType. You can purchase this issue of NyanType magazine here and you can view the other posters that come in this issue here.

In addition to this, it was revealed at the end of the 12th and final episode of GATE (Gate: Jieitai Kanochi nite, Kaku Tatakaeri) that the series will continue with a second cour (quarter of the year) in January, 2016. The second cour will cover the “Flame Dragon Arc.”