Urara Takachiho, Akari Mamiya, and Shino Sasaki from the anime adaptation of Chuugaku Akamatsu’s and Shogako Tachibana’s spin-off manga series, Hidan no Aria AA, has been featured in the January 2016 issue of NyanType as a poster. This issue of NyanType can be purchased here (get 5% off with coupon code MOE-N3Y-4YW0QK) and you can view the posters that came in this issue here. 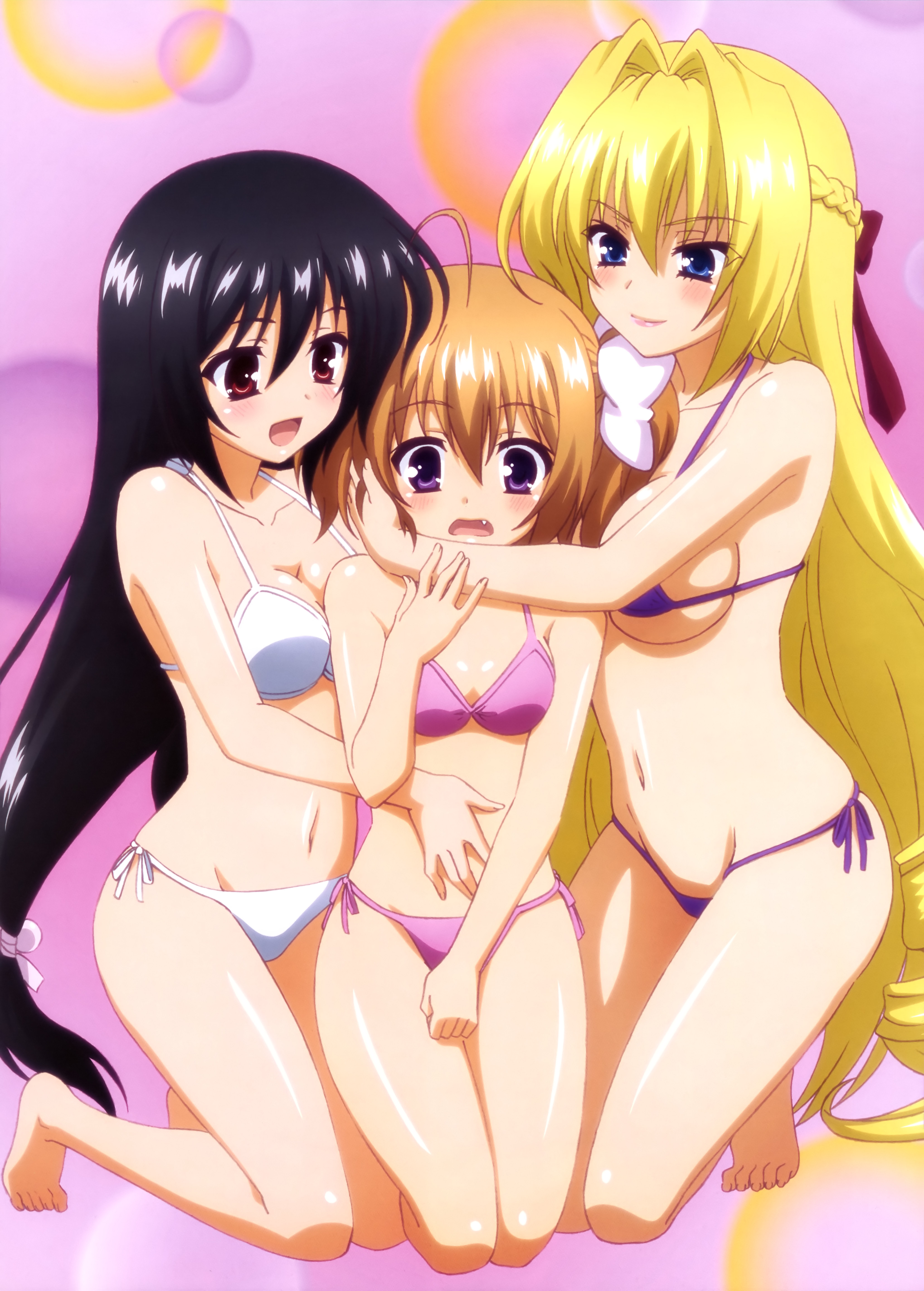 In related news, a festive poster of the series has been featured December 2015 issue of Animedia. You can view the other posters that came in this issue here.

The main cast for the anime include: