The Kokkesies are/were a Japanese Folk band from ’97, they came out of nowhere and disappeared into nothing leaving behind a masterpiece of folk music consisting of seventeen songs filled with beautiful sounds and a broad range of instruments.

Now I must be honest here, there is nothing to find about them on the internet, I’m amazed that their album is even in the vast space of the internet, so I’ll have to come up with names for the band members.

As far as we can tell by the album’s art and the music itself, there were two males and two females or maybe three men and just a dame doing a wide range of voices and noises, to be fair, I have no idea.

We’ll go with my first theory since it’s the one my mind thinks makes the most sense. Both males we’ll call Mike. As for the girls we got Sara and Dawn. Sara is the main vocalist, that lovely untrained voice we hear does wonders to our ears as for Dawn she does harmonic singing keeping the rhythm of the songs and occasional moans and yelps.

As for the album itself it starts passively with Sara and Dawn whispering to us their introduction followed by a simple guitar tune and the introduction to the second song.

From here on we move from one sound to another going from peace and calm to absolute madness,  back to a calm, and then move on to an incredibly silly sound. Except for the ending of the album, the last 5 songs are heavily focused on the guitar which is done with unexpected mastery with こけしのブルース being the highest point of the album managing to combine all the sounds previously heard on the album.

Now, it goes without saying, but this is one of the best albums (If not the best) I’ve heard on my life, I truly recommend it with all my heart and you owe it to yourself to sit back, put on your best headphones and just let the Kokessies into your life. 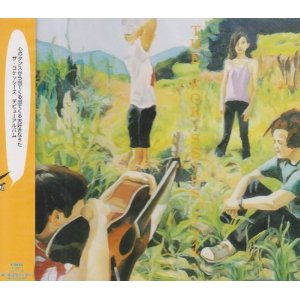